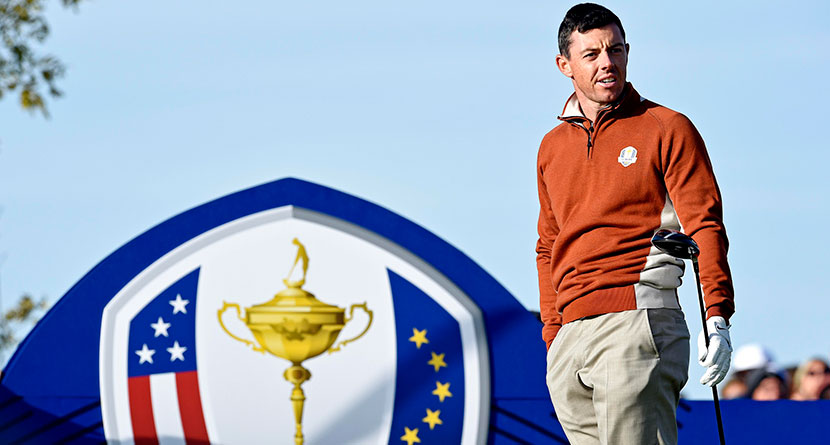 Rory McIlroy hasn’t caused any confusion as to where he stands with regard to a fan-less Ryder Cup: he’s completely against it.

Speaking last month on a TaylorMade Golf Instagram live stream, McIlroy described a fan-free environment for the biennial matches as distinctly counterintuitive to the entire competition.

“(It’s) not a Ryder Cup,” he said. “That’s from a European, going to America, knowing that I’m going to get abuse. Obviously it would be better for Europeans to play without fans because we wouldn’t deal with some of the stuff that you have to put up with, but at the same time, it wouldn’t be a great spectacle. There would be no atmosphere.

“So if it came to whether they had to choose between not playing the Ryder Cup of playing it without fans, I would say just delay it a year.”

McIlroy hasn’t been on an island with his comments. Top pros from both sides of the Atlantic — Brooks Kopeka, Tommy Fleetwood, Justin Rose, Francesco Molinari and Jon Rahm among them — have spoken out against a Ryder Cup behind closed doors, but McIlroy took it a step farther this week.

Cant see how the Ryder Cup can go on now @McIlroyRory has said this. He is completely right as well, a wonderful podcast in which he slags off President Trump and speaks so much glorious stuff on golf @McKellarJournal https://t.co/k6DuSwtSDO https://t.co/WXUX1gJ4Wj

Appearing on the McKellar Golf Podcast, McIlroy said not only should there not be a Ryder Cup without fans, players shouldn’t be forced to play in it if there aren’t any supporters present.

“The American players get a chunk of money that they donate to their own charities, but to ask players to go there under their own good, I think it would be asking a bit too much of them,” McIlroy said, as transcribed by The Telegraph’s James Corrigan. “Because I would say the majority of players wouldn’t want to play in it that way and would rather wait a year.

“Let’s face it, there is no Ryder Cup without the players at the end of the day. I don’t ever envisage when the players will be paid to play in the Ryder Cup, but the fact we are doing this … Look we obviously want to be part of the Ryder Cup and want to play it, but I think we would all much rather be played in front of fans and that is what should happen.

“The Ryder Cup would definitely not be the same without fans. There wouldn’t be any atmosphere for those watching on TV at home And the Ryder Cup has built up over the years – it has got bigger and better every time – I think it would halt any momentum that the Ryder Cup has nowadays. And the fact it is the third or fourth biggest sports event in the world, I don’t see any reason why it cannot be played in 2021 with fans and have it be a celebration of golf. I can’t see it being played without fans. It would just take everything away from it.”

McIlroy’s comments seem to be at odds with his would-be captain, Padraig Harrington, who said last month that the players may have to “take one for the team” and play it for a television-only audience.