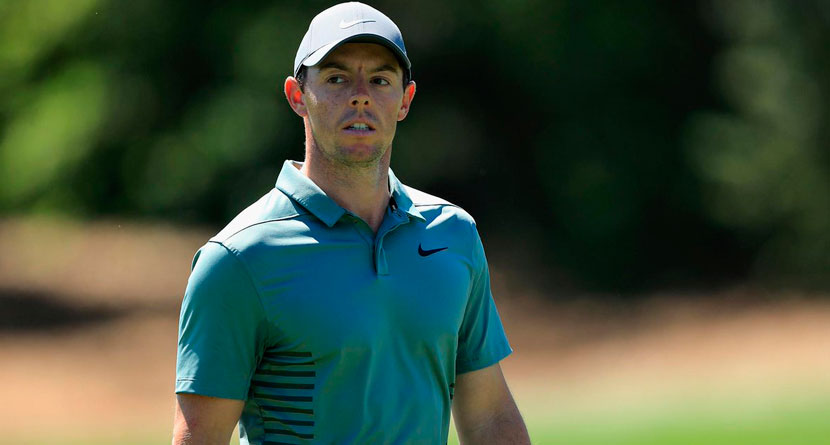 The topic of player-fan interactions and fan civility at PGA Tour events was raised again this weekend at the Arnold Palmer Invitational, this time by eventual winner Rory McIlroy.

McIlroy detailed a particular interaction he had to deal with during his third round on Saturday in which a fan repeatedly called out McIlroy’s wife’s name as he made his way around Bay Hill Club & Lodge.

“There was one guy out there who kept yelling my wife’s name,” McIlroy said, according to ESPN.com’s Bob Harig. “I was going to go over and have a chat with him. I don’t know, I think it’s gotten a little much, to be honest. I think that they need to limit alcohol sales on the course, or they need to do something because every week, it seems like guys are complaining about it more and more.

“I know that people want to come and enjoy themselves, and I’m all for that, but it’s when the comments get personal and people get a little bit rowdy it can get a little much,” McIlroy said. “It used to be you bring beers on the course but not liquor. And now it seems like everyone’s walking around with a cocktail. So I don’t know if it’s just go back to people walking around with beers in their hand, that’s fine, but I don’t know.”

"I think that they need to limit the alcohol sales on the course."

Rory McIlroy is not having it with unruly fan behavior: https://t.co/2CpaxiS3XE pic.twitter.com/OqJtFN0lBm

McIlroy made mention of overly ambitious crowds earlier this season when he was paired with Tiger Woods, prognosticating that the crowds following Woods cost him roughly two shots per tournament, and that’s simply a result of the sheer number of people, not even over-the-line comments from the gallery.

Woods has become accustomed to the circus that follows him around and summed up fan behavior thusly.

McIlroy summed up his comments with a reference to the Waste Management Phoenix Open as well.

“They want to try and replicate (Phoenix), which is great — it’s great for the tournament, it’s great for us — but golf is different than a football game, and there’s etiquette involved, and you don’t want people to be put off from bringing their kids when people are shouting stuff out,” he said. “You want people to enjoy themselves, have a good day.”