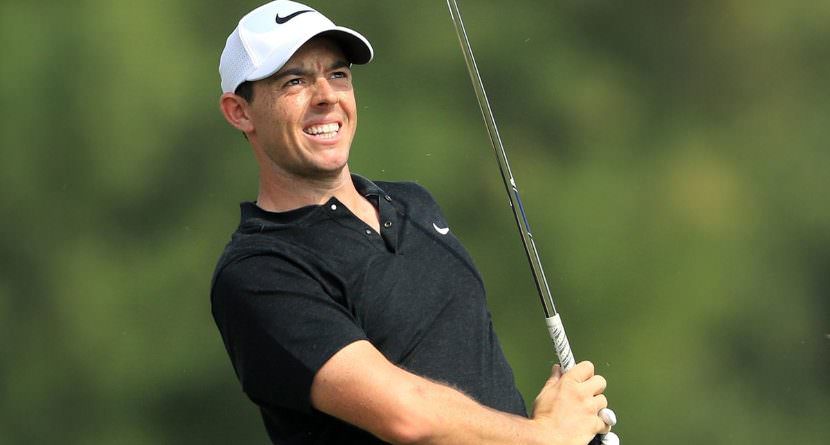 Whether you love it or hate it, Rory McIlroy tells it like it is. In a recent interview, the four-time major winner went full throttle on the topic of the Olympics and the real reason he decided to skip last year’s Rio games. If you recall, Rory cited Zika as the primary concern, however it appears it goes much deeper than that. Apparently, that’s what happens when you grow up in a nation that’s as divided as Northern Ireland. In fact, he resents it.

The Sunday Independent has the story:

McIlroy revealed in a Sunday Independent interview yesterday how he felt under pressure about the Games since 2009, following the announcement that golf would be part of the Olympics schedule for 2016.

The Northern Ireland man felt conflicted; he was brought up in Belfast but played golf for the 32 counties under the GUI (Golfing Union of Ireland) banner.

As events transpired, the Zika virus fears gave the four-time Major champion a legitimate reason to opt out, despite declaring earlier for Ireland.

We will never know what would have happened if the Zika scare had not occurred, but McIlroy was never turned on by the prospect of playing in the Olympics because of his heritage.

“When it was announced (that golf was to be an Olympic sport) in 2009 or whatever, all of a sudden it put me in a position where I had to question who I am. Who am I? Where am I from? Where do my loyalties lie? Who am I going to play for? Who do I not want to piss off the most? I started to resent it. And I do. I resent the Olympic Games because of the position it put me in – that’s my feeling towards it – and whether that’s right or wrong, it’s how I feel,” he said.

He went on to explain his feelings about being a global golf star who comes from an island which for hundreds of years has existed with two polarized communities. That was evident in his response to the victory of Justin Rose in the men’s Olympic golf competition.

McIlroy said: “I sent Justin Rose a text after he won, I think I still have the message: ‘I’m happy for you, mate. I saw how much it means to you. Congratulations.’ He said: ‘Thanks very much. All the boys here want to know do you feel like you missed out?’

“I don’t know the words to either anthem; I don’t feel a connection to either flag; I don’t want it to be about flags; I’ve tried to stay away from that.”