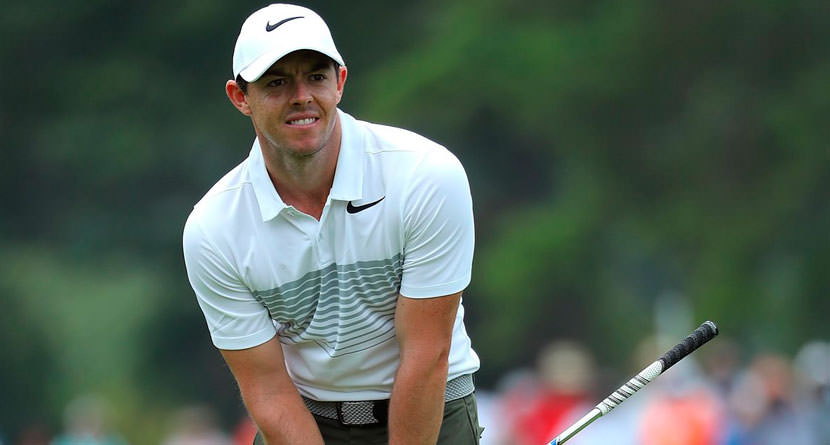 Rory McIlroy has been sidelined with a stress fracture in his ribs for all of one week, but the elephant in every room he walks into is how the injury is going to affect his preparation and play in first major championship of the year. While medical professionals come out of the woodwork when a major athlete suffers an injury to offer their 50,000-foot diagnosis, McIlroy shed some light on the timetable he and his team have set when he joined The Clubhouse Podcast with Shane Bacon.

“I’m trying to get back for Mexico That’s my timetable for return is to try to get back for Mexico. I feel like I could maybe get back before that. For example, if I were to play Honda and then go straight to Mexico, that would be playing two weeks in a row. “I’d like to sort of ease my way in gently, so Mexico is the perfect time to return. It’s four rounds, there’s no cut, I can see how everything feels. I have a week off after that, so Mexico, all signs point towards Mexico being the one where I could come back to and be 100 percent comfortable at. Hopefully, it works out that way and that’s when I’m planning to be back.”

The timetable Rory has set forth means he expects to miss six weeks. Along with the Abu Dhabi Championship and this week’s Omega Dubai Desert Classic, which he has already withdrawn from, McIlroy will miss the Genesis Open at Riviera and the Honda Classic before returning at the World Golf Championship-Mexico Championship on March 2.

Following the WGC-Mexico Championship, McIlroy would have five opportunities to tee it up prior the Masters, including the Arnold Palmer Invitational at Bay Hill (March 16-19) and the WGC-Dell Match Play the following week.

You can listen to Bacon’s entire interview with McIlroy below, or subscribe to the podcast on iTunes here.

[The Clubhouse with Shane Bacon]