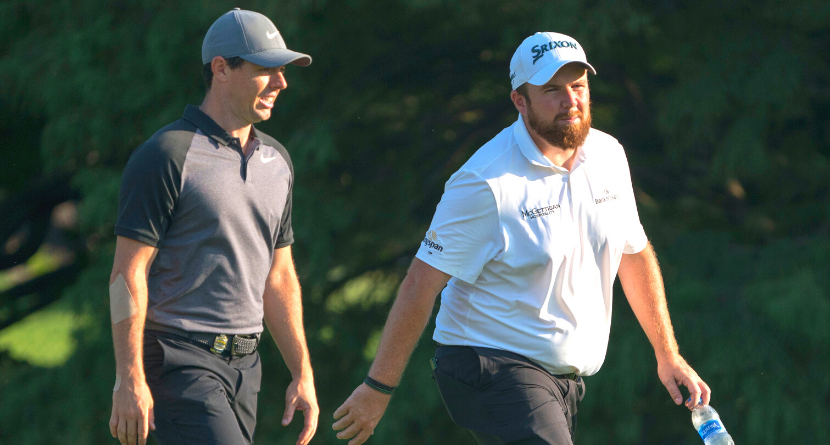 It’s become fashionable to sit back on a Sunday during a major championship and pound the keyboard while Rory McIlroy charges in vain for that elusive fifth title. But it’s a stance that irked one of his fellow Tour pros at the conclusion of the PGA Championship.

“The armchair golfers don’t realize how hard it is out here,” Shane Lowry said. “It’s not as easy as shooting 65 in the first round.”

“I saw a quote from him from last week — I don’t know when it was from — where he hasn’t won a major since 2014, but he has pretty much done everything else you have to do in the world of golf,” Lowry continued. “So it’s not like he’s in a slump. It’s almost like you’re a victim of your own success.

People expected him to win 10 majors when he won those four and it just hasn’t worked out like that. But he’s only 33 now and he’s still got a long way to go in his career.”

It’s worth noting that Lowry was speaking on McIlroy’s behalf in part because the four-time major champ declined to speak with the media after both of his weekend rounds.

Clearly frustration had boiled over after another fruitless, final-round rally for McIlroy, who strung together four straight birdies on the front nine before trudging in with a 2-under 68 that put him three shots out of a playoff with Will Zalatoris and eventual champion Justin Thomas.

Previous attempts to add to his major championship trophy collection have often been doomed by slow starts that made the deficit insurmountable by Sunday, but a first-round 65 put McIlroy out in front for a change.

“You can’t plan on getting out ahead, that’s just something that happens if you play well and get momentum,” McIlroy said earlier in the week. “You’re sort of feeling it. The things that have stopped me from getting in contention over the past few years or being able to win these majors is big numbers and shooting myself out of it early.”

But the fact that improving on 5-under by even a single stroke over the next three days could have lifted the 33-year-old to a drought-busting win must’ve been too much to bear.