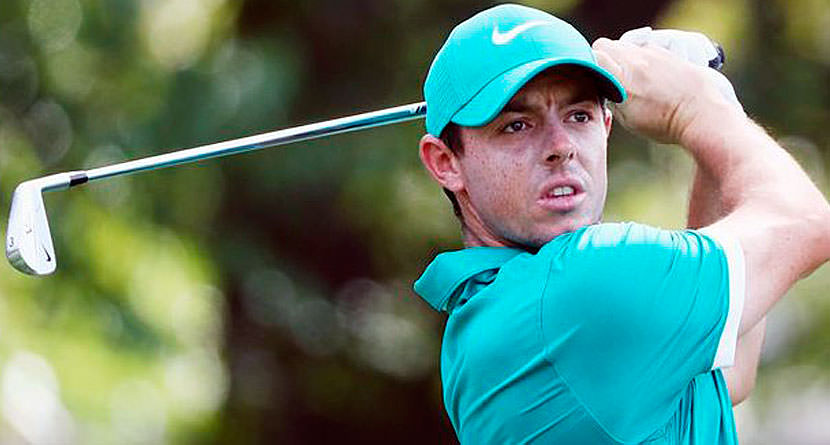 The beginning of a new year is always the busiest time for golf’s original equipment manufacturers and the Tour pros that they sponsor. With nearly all contracts expiring at the end of the calendar year, the first week of January is the first time we hear of most of the shuffling that’s been going on behind the scenes. However, for Rory

However, for Rory McIlroy as an equipment free agent, most didn’t expect big news to break concerning his bag’s makeup. Chris Solomon at NoLayingUp.com confirmed over the holiday weekend that McIlroy would be making a change and a complete overhaul at that.

Rory McIlroy will make his 2017 debut at the BMW South African Open on January 12, and will be making equipment changes through the entire bag. No Laying Up has confirmed that Rory will be playing the new Callaway GBB Epic Sub Zero driver, Callaway Custom Apex MB irons, and reuniting with an old (but improved) friend in the Titleist ProV1x ball.

Speculation regarding Rory’s choice of equipment has dominated the equipment news cycle since Nike announced on August 3 that it would be abandoning its hard goods division. As NLU reported back in October, McIlroy put the TaylorMade M2 in the bag in China in his first event of the 2016-2017 wrap-around season. However, he did not announce any equipment deal with TaylorMade at the time. Likewise, he has not confirmed a specific endorsement deal with Callaway, telling NLU that he does not plan to sign an equipment deal in 2017.

In addition to the new sticks, he will be putting the Titleist ProV1x back in the bag. McIlroy tested a wide variety of options recently in Dubai, and spent a considerable amount of the time trying to find both the proper equipment, with a particular emphasis on symbiosis between the different facets of his bag.

“I want to play the new ProV1x ball and I know the Callaway driver works the best with it. I also know my Nike irons don’t work as well with the Titleist ball because of the groove format. Too spinny, and a loss of distance,” McIlroy told No Laying Up in late December.

In addition to the aforementioned changes, McIlroy is opting for Titleist Vokey wedges and will put an Odyssey prototype putter in play – one that features a new insert that recently made its way into Phil Mickelson’s gamer. He was noncommittal about his plans moving forward, ostensibly leaving the door open to further tinkering throughout his arsenal in the weeks and months ahead.