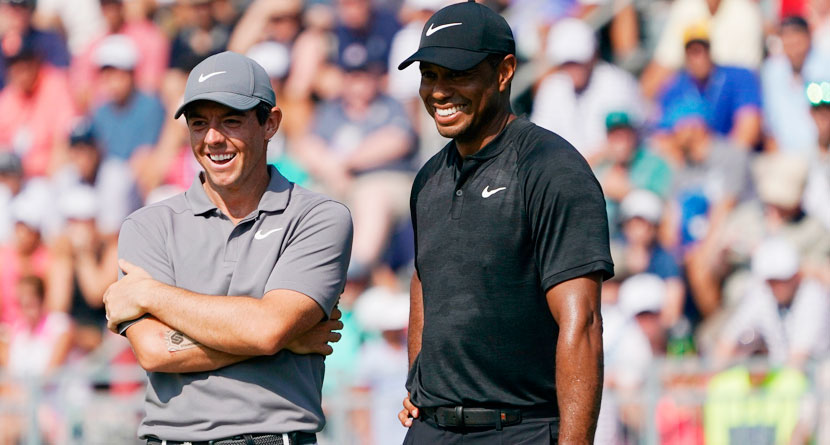 Given Tiger Woods’ standing in the game, anytime one of his records falls, it’s a big deal — especially to those who break it.

On Monday, Rory McIlroy was the recipient of some good — albeit surprising — news: at 30 years and six months old, he became the youngest player to ever spend 500 weeks inside the top-10 in the Official World Golf Rankings.

According to world-ranking guru Nosferatu on Twitter, McIlroy edged Woods by about four months.

Stat of the week:

This week, 30.5 yo @McIlroyRory becomes the youngest player ever to spend 500 weeks inside the top 10 in the world ‼️

NONE of the known younger stars could possibly break this record‼️

McIlroy added at the bottom, “The first (and maybe last) thing I’ve ever beaten Tiger at.”

While the mark is impressive, the context of Woods’ time inside the top-10, especially at No. 1, is worth pointing out. At this time 10 years ago at 33 years and 10 months of age, Woods had just been OWGR #1 for 574 weeks.

That shouldn’t diminish McIlroy’s accomplishment, however. While he hasn’t been inside the top-10 for 500 consecutive weeks, his time dropping out of the top-10 were short and far between.

Perhaps just as eye-opening is that given the amount of young talent on the game’s highest stages currently, one of the best young players on the planet, Joaquin Niemann, who won the Greenbrier earlier this fall and turned 21 last week, wouldn’t be able to match McIlroy’s record.

“Just to show what an enormous (almost impossible) task would be for someone to break (McIlroy’s) record… If you just turned 21 (e.g. J. Niemann) and somehow you just cracked the top 10, it would be impossible for you to break Rory’s record,” Nosferatu reported.