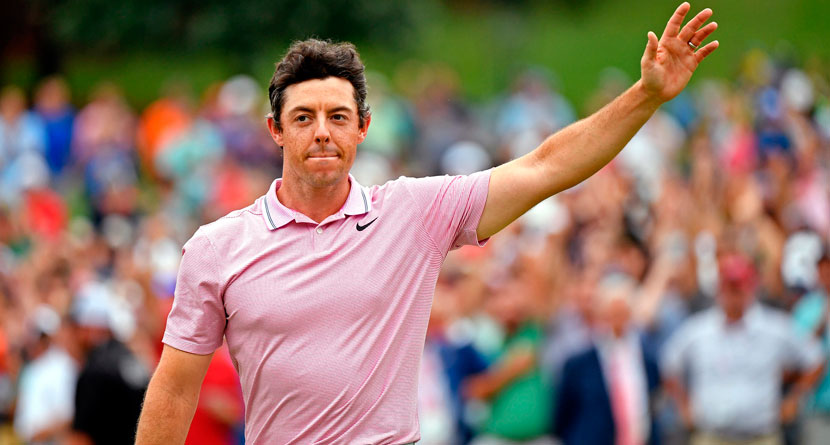 When one of the best players of a generation talks about how amateur players can get better, you’d be a fool not to at least consider what was said.

Speaking last week at the WGC-HSBC Champions, which he would go on to win, Rory McIlroy was asked about a piece of advice that Xander Schauffele had given to a junior in a pre-tournament event about getting better faster.

Schauffele told his playing partner that a key he found to improving his game was to seek out older kids who were better than him and some that he didn’t like, which helped him to step his game up. McIlroy was asked if there was a similar correlation to his early success.

? @McIlroyRory’s advice for how to take your game to the next level.

Chase after the best. ? pic.twitter.com/KjnBXnsHY9

“I think for me, I was always the youngest to play, whether it be at my home golf club or in competitions,” McIlroy said. “So I was always playing with people that were better than me. Even my caddie now, Harry (Diamond), he’s basically five years older than me, and he was a very good player, and I always played with him. So Harry was always better than me growing up as a kid, but that made me a better player because I saw what level I needed to get to.

“I don’t think you necessarily you don’t have to not like the person that you’re playing with, but I think it’s a wonderful piece of advice to find people that are better than you and to play with them, because it shows you what you need to do to get to that next level.”

The proof is in the pudding, as they say. As you read up on most every player at the top of the game, inevitably a nugget comes up about them playing with older kids during their youth, which inspired them and drove them towards improvement.

Luckily in golf, there is no such thing as perfect, and more often than not, there’s someone milling around the course who’s better than you at some facet of the game. Challenge them to a match. You’ll probably learn something.