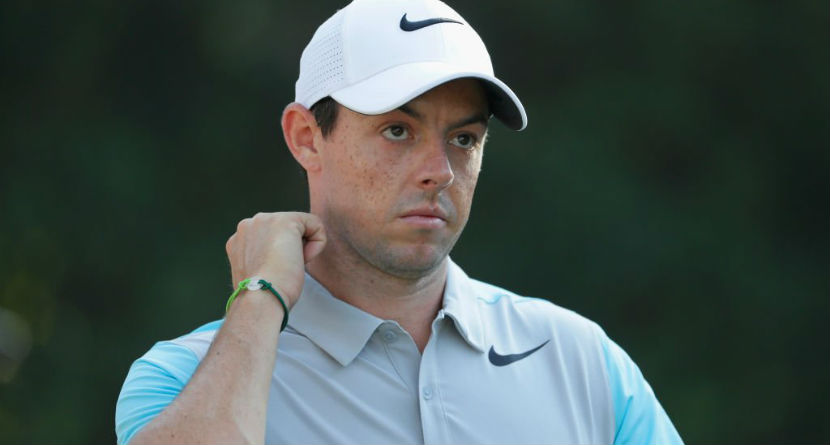 World No.2 Rory McIlroy is officially back on the shelf. After an MRI earlier this week revealed that he reaggravated the same rib injury at the Players Championship which forced him to miss six weeks in the beginning of the year, the 28-year-old announced on Friday that he was withdrawn from next week’s BMW PGA Championship, the European Tour’s flagship event.

“Having had a reaction to my earlier rib injury, I have been advised to take a conservative approach to my recovery which unfortunately means I have to withdraw from the BMW PGA Championship next week,” McIlroy, who won this event back in 2014, said in a statement.  “It’s a disappointing decision to have to make, but I have to ensure I make a full recovery. I will now continue the process of preparing my game for the US Open and the rest of the season.”

UPDATE: @McIlroyRory has withdrawn from next week’s @BMWPGA due to his on-going rib injury.

“There is no question that Rory will be missed at the BMW PGA Championship but his health is the most important thing and we wish him a speedy recovery,” said Keith Pelley, Chief Executive of the European Tour said.

It appears McIlroy will use the next few weeks for rest and recovery before heading to Erin Hills for the U.S. Open during the second week in June.