Rory Opens Up On New Equipment, Ryder Cup On Podcast 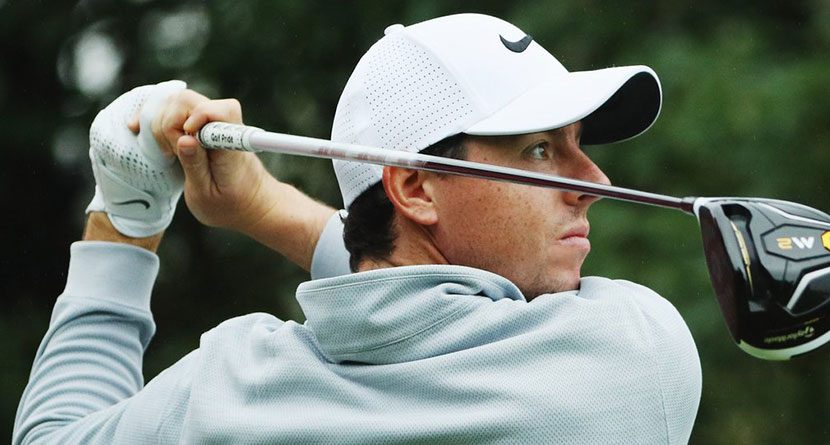 The current media climate makes extended unfiltered and uninterrupted interviews with the best athletes in the world nearly impossible, but on their latest podcast, No Laying Up was able to corral Rory McIlroy for just under an hour of honest conversation.

Already one of the most candid and honest players on the PGA Tour, not to mention one of the most recognizable, McIlroy chatted with NLU’s Chris Solomon about his recent switch from Nike to TaylorMade fairway woods and driver, the hotly contested Ryder Cup from last month, what he has going on in the offseason and how he views his standing in the game.

On his new TaylorMade equipment:

Putting TaylorMade’s M2 series of woods — 5-wood, 3-wood and driver — into his bag, McIlroy said the immediate feedback in competition was more than even he expected.

“The driver and the 5-wood went really well,” McIlroy said. “I think the 3-wood probably cost me a couple shots last week, but the driver and 5-wood were great. I’m gonna do a little work on the 3-wood in the next few days.

“A few weeks ago I’d say I’d be pretty much level with (Bubba Watson and Adam Scott) in terms of carry distance. I was flying it a good bit by them in China.”

On winning on Tour and perceived “slumps”:

“Since I’ve started to win majors, there’s probably been about 10 different eras in golf,” McIlroy said. “Generations and eras are built up over decades of playing against each other, not over two seasons.

“Sometimes it’s just hard to put your point across sometimes when you try to elaborate on how difficult it is to win on Tour and how much competition there is out there. I think the one thing for me — and I don’t want to put anyone down — but, for example, I’ve won four majors and there’s guys that have, you know, great players in this generation that have won one, for example, the likes of DJ and Jason Day. And they are possibly and probably going to win more, but the one thing that I like to say is, ‘If they win three more majors, they get to me. If I win three more majors, I get to Arnold Palmer.'”

“I’ve sat in press conferences before saying, ‘It’s going to be a great year if I win a major.’ And if I haven’t won one, the media have every right to say, ‘Well, it hasn’t been a great year.’ I feel partly to blame for that because of how much importance I put on majors, but people have to realize there are still some great golf tournaments out there and they’re very hard to win.”

“I think there can be changes to it and I think there should be changes to it,” McIlroy said of the qualification process. “Honestly, it should be the 12 best players from Europe versus the 12 best players from the United States. For me, there shouldn’t be anything to do with membership from tours. To have a guy like Paul Casey not on our team when he is playing some of the best golf in the world right now, it definitely hurt us.

“I know people have different opinions on Bubba, but when you have the seventh-ranked golfer in the world at the time not getting a pick on the U.S. Ryder Cup team, there’s—I felt a little uneasy about that. You’re basically saying, ‘OK, this guy is a good enough player, but we don’t want him on the team.’ It’s a difficult one…”

You can listen to the entire podcast here.