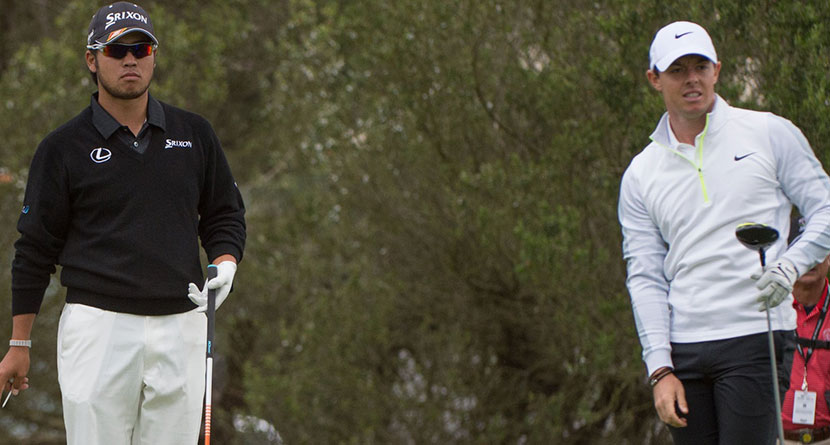 The last two winners on the PGA Tour — Cameron Smith and Sam Burns — are among six big-name players who won’t be teeing it up tomorrow in Texas for the World Golf Championships-Dell Technologies Match Play Championship.

Both Smith and Burns announced their decisions shortly after raising their respective trophies at the Players Championship and Valspar Championship.

Valspar Championship winner Sam Burns has withdrawn from the WGC-Dell Technologies Match Play. Burns is replaced in the field by Maverick McNealy. Bernd Wiesberger is now the first alternate.

Also missing out on the round-robin/bracket action this week will be Rory McIlroy, Hideki Matsuyama, Harris English and Phil Mickelson.

McIlroy said last week at the Players that his ever-scrutinized Masters prep will include two weeks off after battling the elements at TPC Sawgrass and culminate with a warm-up event at the Valero Texas Open the week before the first men’s major championship of the year.

It's time to fill out those brackets. ✍️

Both Matsuyama and English are dealing with lingering injuries that preclude them from competing in the marathon event that will see the top-four finishers complete seven matches over five days.

Mickelson, of course, remains sidelined due to a self-induced break from the game.

While those six names will be absent, 54 of the top-60 players in the world are expected to play, including Bryson DeChambeau who is making his return to the PGA Tour after nearly two months off.