Rory’s Caddie Had Quite The Payday 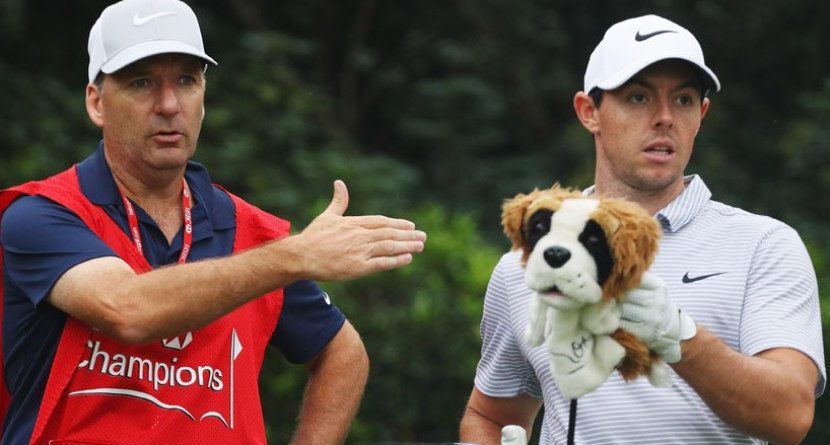 If you wanted to know how long it takes to receive $11.53 million for winning the Tour Championship and FedEx Cup, ask Rory’s caddie. After claiming the biggest payday in golf, it was business as usual for McIlroy who’s already earned over $34 million on the PGA Tour. However, for J.P. Fitzgerald, it was basically like winning the caddie jackpot.

Speaking to the media on Wednesday in China for the WGC-HSBC Champions event, the 27-year-old confirmed the funds from that glorious day have been received. However, it wasn’t his bank who alerted him, but rather his caddie.

“I knew it was there when J.P., my caddie, gave me a text and said thanks,” McIlroy said. “I think his words were, ‘A tsunami just hit my bank account, so thank you very much.’ J.P. got a nice percentage of that, so I knew at that point it was already there.”

If you’re doing the math at home, Rory won $1.53 million for the Tour Championship and tacked on an additional $10 million bonus for finishing first in the year-long FedEx Cup standings. Caddies typically receive 10 percent of the earnings when their player wins. J.P. is one of those caddies.

Actually, if you combine this with Rory’s win at the Deutsche Bank Championship in Boston, Fitzgerald earned roughly $1.2 million during the month of September. That would’ve been good enough for 89th on the PGA Tour money list – in two tournaments!