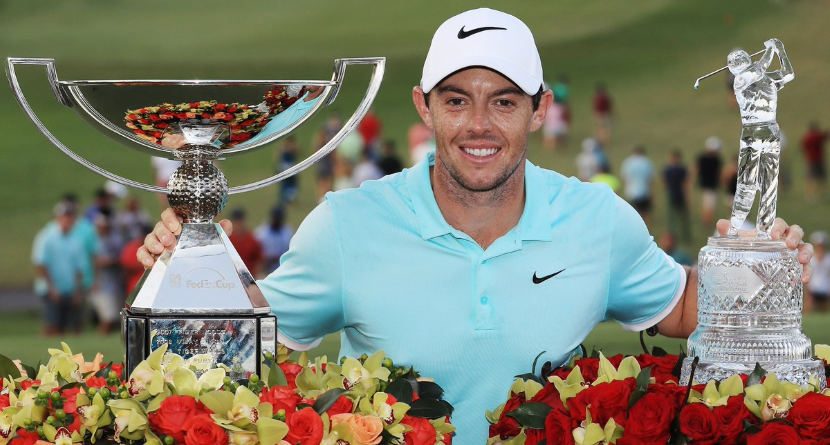 If it wasn’t for Rory McIlroy’s hole-out eagle on the 16th hole on Sunday of the Tour Championship, who knows how the tournament would’ve unfolded. Good news for the 27 year-old, it dropped and now he’s $11.53 million richer. However, the one thing he doesn’t have to show for it? The golf ball.

That’s because upon confirming the ball was indeed in the hole, he picked it up and tossed it into the screaming gallery who still couldn’t get over what they just witnessed. Judging by the letter McIlroy reportedly sent to the lucky fan, it turns out it was just a young boy named Brady – and it was beautiful:

A buddy’s nephew received this letter from Rory McIlroy today and it’s all kinds of awesome. pic.twitter.com/17xq6VKEIb


Got to love one of the game’s best players taking the time to acknowledge his fans while providing some life lessons. In case you forgot, here is the shot heard round the world:

Rory McIlroy! One back with two holes to go.