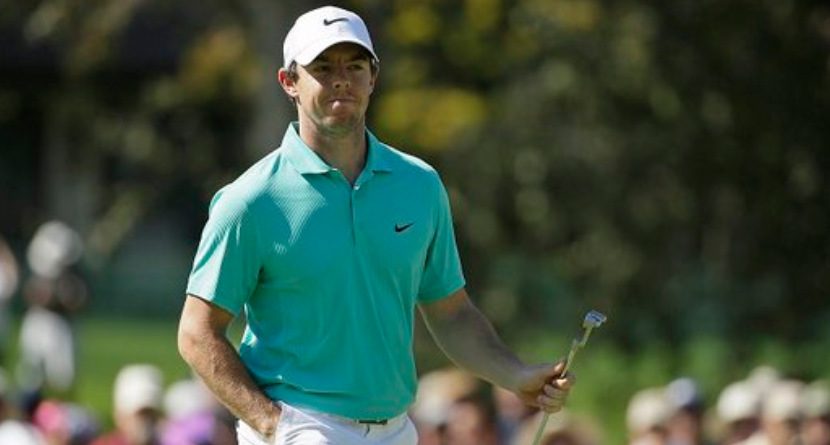 Late last week, Rory McIlroy told the media he would not play in this week’s Turkish Airlines Open, for “obvious reasons.” Those, of course, were in reference to the safety concerns in Antalya, where the event is hosted. As it turns out, the announcement recently has drawn criticism from tournament organizers as well as fellow tour pros.

First, President of the Turkish Golf Federation, Ahmet Agaoglu, expressed his displeasure with not only the decision, but how McIlroy handled the situation.

“For those who worry about such things there is no safe place in the world,” Agaoglu said, according to Golf Digest. “I do not see pulling out of events as the right approach to take. I was a little bit surprised and disappointed to learn that Rory was pulling out in the media. He did not contact me. Tiger (Woods) sent me an e-mail an hour before he announced he was not coming. He apologized. He said how disappointed he was. I am hopeful he will come here to play next year.”

Then, European veterans Padraig Harrington and Lee Westwood indirectly criticized the current world number two for choosing not to show up.

“We had our troubles in Ireland back in the 1980s and 90s,” said Harrington, who hails from the Irish Republic. “But I played a lot of golf in Northern Ireland during that period of time. I remember people saying, ‘you’re mad going up there.’ You couldn’t convince people who had not gone and experienced it for themselves that it was a great place to go. You would never have a greater welcome than you would there, because they appreciated that you didn’t not go, or didn’t read into a situation any more than it was. In that sense, that has made me travel the world and not necessarily think I am the center of focus in any shape or form when I go places.”

“I’m a little bit disappointed,” Westwood said expressing his dismay. “Rory brings an awful lot to a golf tournament. He’s a former World No. One, he’s defending the money list and he’s pretty much taken himself out of that by not playing this week.

“It’s a shame he’s not here this week, but I guess he didn’t feel the way I feel about the place and the security.”

McIlroy will now only have two more events to try and catch Danny Willett to claim European Tour’s coveted year-long Race To Dubai.