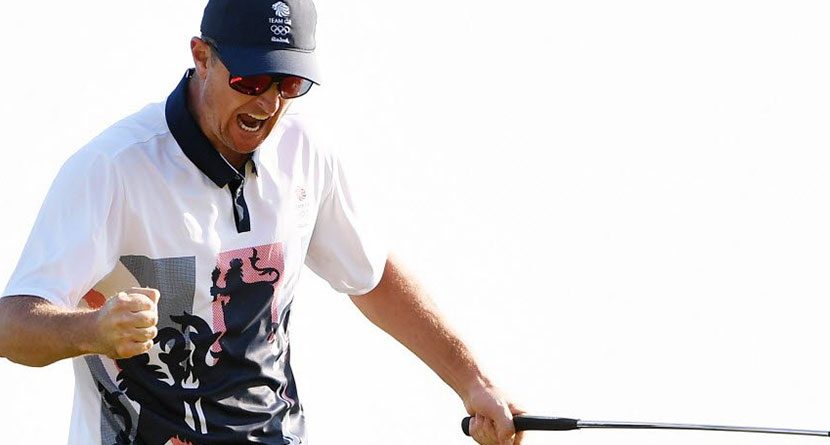 For the first time in 112 years, Canada’s George Lyon is no longer the defending Olympic golf gold medal winner; that honor has been taken over by Great Britain’s Justin Rose who bested Henrik Stenson and Matt Kuchar to claim top billing.

.@JustinRose99 started the #Olympics with a hole-in-one, ends it with a #gold medal. ⛳️ https://t.co/uwGu8Ehp55 https://t.co/ZDmHJjKGnZ

Rose held the 54-hole lead by one over Stenson and the pair of major champions gave golf the final round it deserved firing stellar rounds of 67 and 68, respectively. After exchanging birdies on 15 (Rose) and 16 (Stenson) the pair played the last two holes deadlocked. Ultimately, a three-putt by Stenson on the 18th green cost the Swede his chance at gold, making a bold effort at a 22-foot birdie putt.


Rose, calm as you’d like, hit it close from a greenside collection area to force Stenson’s hand. When Stenson missed his come-backer for par, Rose had two putts to win from just inside six feet.

While the match for gold was the most compelling storyline, Matt Kuchar took home bronze in comfortable fashion, besting Belgium’s Thomas Pieters by four strokes.

Final round highlights can be found by clicking through to the Olympic site below.