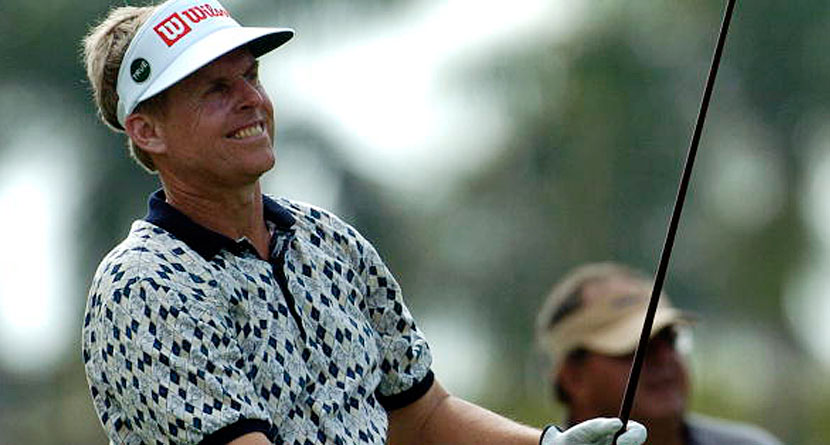 Adjustable drivers are a relatively new phenomenon in the world of golf, but altering your clubs has long been accounted for by the Rules of Golf. With the PGA Tour beginning its Florida swing this week in Palm Beach Gardens, Florida at the Honda Classic, let’s turn back the clock to 1991 and a time when adjustable drivers weren’t even a consideration.

Wayne Levi was coming off a Player of the Year season in 1990, but he was forced to disqualify himself from the ’91 Honda Classic for an infraction you’d expect to hear more about nearly 30 years later. Here’s the dispatch from then-Sun-Sentinel, now GolfChannel.com writer, Randall Mell:

The PGA Tour`s 1990 Player of the Year disqualified himself from the Honda Classic before Friday’s round.

Wayne Levi, winner of four PGA events last year, called tournament official Mark Russell early Friday morning to report that he may have unwittingly violated a rule midway through the first round. Levi said he pulled lead tape off the back of his driver’s clubhead.

Levi was disqualified for violating Rule 4-2 of the Rules of Golf. The rule states: “During a stipulated round, the playing characteristics of a club shall not be purposely changed.”

Levi, who shot a 2-over-par 74, was something of a reluctant entry. He isn’t a fan of the Eagle Trace design. Typically, players use lead tape to add weight to their driver’s clubhead.

Rule 4-2 has had a renaissance since the advent of the adjustable driver in recent years as now the rule pertains to adjusting your driver loft or clubface orientation during the course of the round. Here’s the rule in its entirety:

During a stipulated round, the playing characteristics of a club must not be purposely changed by adjustment or by any other means.

The rule carries a two-stroke penalty for carrying, but not using the club for the first two holes. A maximum of four-strokes for not using the club can be assessed. However, if you use the altered club in competition, the penalty is disqualification, as Levi found out.