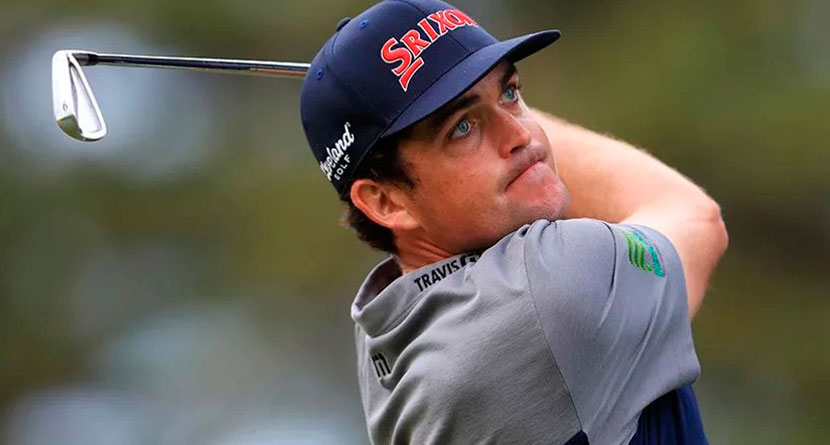 With the Tour returning to Bay Hill this week, an interesting ruling from the 2015 Arnold Palmer Invitational allows us to rehash one of the most often-violated rules in golf. To set the scene, 2011 PGA Champion Keegan Bradley entered the final round at Bay Hill within a few shots of the lead.

Playing the par-3 second hole, Bradley faced a 45-foot putt from off of the putting surface. The second green is surrounded by bunkers, and as one of the last groups of the day, sand had been displaced from the bunkers by earlier groups. With some sand in his line, Bradley removed the loose pieces both on the fringe and on the green, which resulted in a two-stroke penalty under Rule 13-2.

Here’s how the pertinent portion of the rule reads:

13-2. Improving Lie, Area of Intended Stance or Swing, or Line of Play

A player must not improve or allow to be improved:

his line of play or a reasonable extension of that line beyond the hole by any of the following actions:

removing or pressing down sand, loose soil, replaced divots or other cut turf placed in position.

However, the player incurs no penalty if the action occurs in creating or eliminating irregularities of surface on the putting green in removing sand and loose soil or in repairing damage (Rule 16-1).

By removing the displaced sand in his line that lie off of the green, Bradley incurred a two-stroke penalty. To Bradley’s credit, as soon as he made the error, he requested an official and called the violation on himself.

Keegan Bradley has been given a two shot penalty for removing sand from his line off the putting surface. Fessed up, too. Fair play to him.

Bradley would go on to make double-bogey 5 on the hole. He fell out of contention after that and faded to a final-round 77 and a T49 finish.