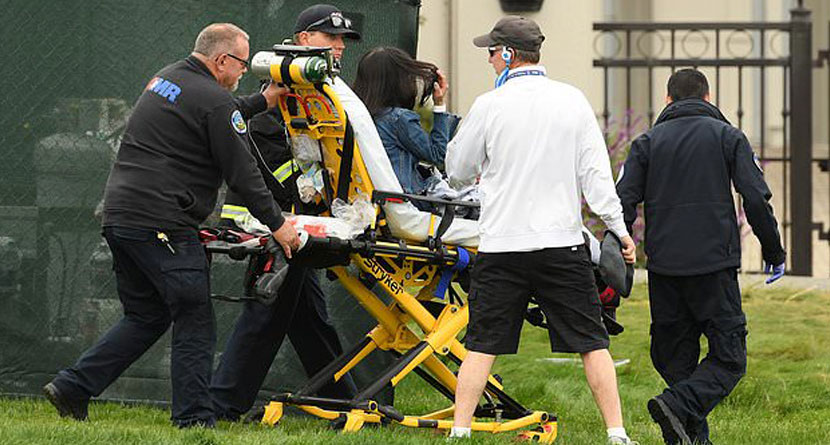 According to Golf.com’s Dylan Dethier, at around 10:20 a.m. on Friday, a vendor was unloading a delivery of boxes near a concession stand on the 16th hole when one of the boxes that was being transported fell onto the gas pedal.

The cart began zipping around the area without a driver, causing a chaotic scene that resulted in at least one broken arm and a spinal injury.

“We were standing in the concession line on the 16th hole when all of a sudden there was a runaway cart and one guy running after it, then a bunch of people running after it,” Georgie Salant told Dethier. “It was actually coming straight for the concession line and then it turned, just on its own, and it didn’t stop! It started driving in circles. It ran over like, five people.”

“This one guy was trying to chase it and was diving after it trying to stop it, I think he was just a spectator,” another eyewitness said. “And he got injured diving after it, he was sitting on the ground for a while afterward not moving.

“Finally a guy jumped on it and turned the wheel really hard and then pushed the box off — it was crazy.”

The California Highway Patrol confirmed that five people were injured, including the vendor who eventually regained control of the cart and was able to stop it. Four men and one woman were injured, ranging in age from 25 to 82.

Of those injured, two were transported to the Community Hospital of the Monterey Peninsula while the three others received medical attention at Natividad Medical Center in Salinas.

The CHP is continuing to investigate the incident.