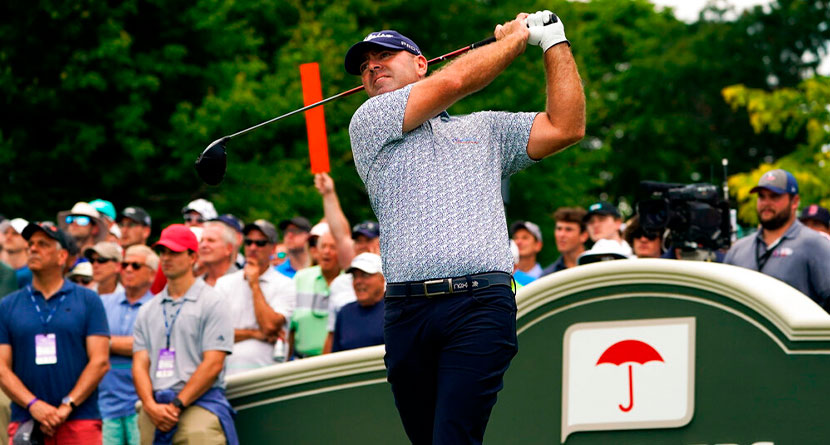 Ryan Armour is starting another PGA Tour season at the Fortinet Championship, a surprise on so many levels he doesn’t know where to begin.

Having already missed a month in the spring with a back injury, the 46-year-old Armour had to shut it down after the 3M Open in July because of a stress fracture in his ribs. The early prognosis was getting back around Halloween.

He still had past champion status. And while he finished at No. 166 in the FedEx Cup standings, Armour would at least have conditional status because 16 players would wind up signing with Saudi-backed LIV Golf, moving him up to No. 150.

And then a funny thing happened when the postseason began — coughing and sneezing no longer caused great pain. His strength was returning. He had a cortisone shot and then hit balls for the first time in nearly a month.

He hit wedges and when he woke up the next day, he felt sore but was not in pain. He put in a full session and felt OK the next day. He repeated the process. And then he called his caddie and said, “I’m going to Columbus.”

The Ohio stop was the second of three Korn Ferry Tour Finals spots. Armour tied for 22nd and then closed with a 65 at the Korn Ferry Tour Championship to get one of the 25 full PGA Tour cards available.

“I even surprised myself,” Armour said. “I didn’t know what to expect.”

A little help from LIV Golf, a lot of help with an early return from injury and a clutch two weeks after not having played for more than a month got Armour on a plane Monday morning from Florida to Napa, California, to start a new season.

The timing was critical because this was the last year of the Korn Ferry Tour Finals. Starting next year, the only way back to a full card is to finish in the top five at Q-school. His injury would have given him one spot in the fall and then probably not another until Pebble Beach in February. It was that or try the last two Korn Ferry Tour Finals events.

“Do I want to go to Q-school for five cards?” Armour said. “I’ve been down that road before. I didn’t feel like doing that against 20-year-olds for five spots. I thought it was better to give yourself two chances to play great instead of one.”

Armour was 186th in driving distance and led the tour in driving accuracy (74%), a tough recipe in the modern game of power. That he even made it through two KFT events against players who were driving 400-yard greens was impressive, especially his 67-65 weekend in the final tournament.

The last obstacle was bad weather that forced a stop-and-start final day, leaving Armour mildly concerned that having to warm up three times might not be ideal.

“I went out and played really, really well,” Armour said. “I don’t think I’m very good at giving myself credit. But what I did … I even impressed myself.”

Armour has had to make some last-minute arrangements, and not just booking flights and lodging.

His caddie, Jim McGurk, figured Armour would be out until late October, so he booked a vacation to Italy. He leaves Friday. Armour’s wife, Erin, will be caddying for the first time.