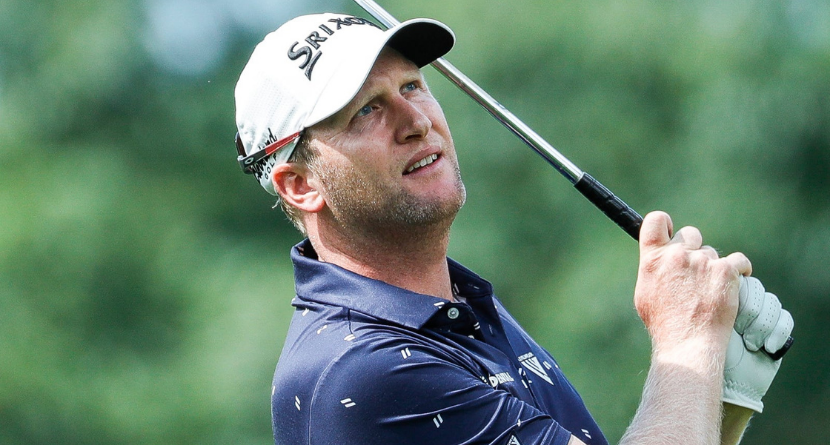 It is March, after all. The month for “surviving and advancing,” a phrase normally reserved for college hoops. But now, thanks to a 35-year-old PGA Tour journeyman named Ryan Brehm, we have witnessed the golf equivalent. And it’s just as glorious as all the shining moments we’ll see on the hardwood in the weeks to come.

Brehm, a Michigan State alum who was playing in this week’s Puerto Rico Open on a one-off medical exemption owing to a positive COVID test last April, was faced with some daunting stakes: win the event or head back to the Korn Ferry Tour, where he’s notched two wins.

So win, Brehm did. By a tournament-record six strokes. He overcame breezy conditions at Grand Reserve Golf Club on Sunday to post a final-round 67 and finish the tournament at 20-under-par.

And as if this stunning upset needed any more of a storybook flourish, Brehm’s wife, Chelsey, served as his caddie.

“It might sound like Bill Belichick or Nick Saban here, but honestly, I wasn’t thinking about the impact of my status or anything this week,” Brehm said. “I think that’s probably the real lesson here. I have people on my team that will do that for me. Really, I just need to put my head down and hit good golf shot after good golf shot.

“That’s my job and I’m going to trust people around me to do their job and they can take care of all those details for me.”

A win when he needed it most.

What happens next in this Cinderella story?

The victory grants Brehm a two-year exemption and punches his ticket to the PGA Championship. He’s also entered into the field in this week’s Players Championship at TPC Sawgrass. What would a win there equate to in March Madness terms? It’s hard to say, as a No. 16 seed has never played beyond the second round.