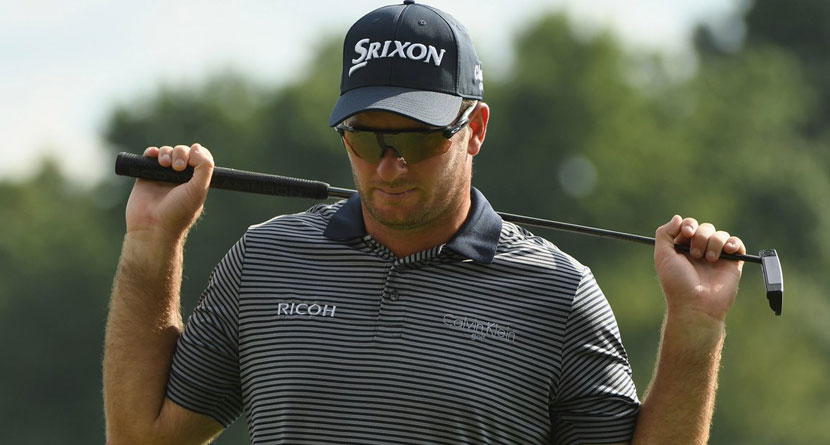 Golf can be a cruel game, and when there is human interference that can’t be verified under the Rules of Golf, the game can be downright mean. That was what happened to New Zealander Ryan Fox during the first round of the Italian Open.

Playing the par-4 eighth hole, Fox hit a decent drive that was never in jeopardy of being lost, only when he reached the landing area the ball was nowhere to be found. It was assumed that a fan picked up Fox’s ball.

Golfweek.com’s Kevin Casey had the brutal details that led to Fox’s two-stroke penalty.

To the spectator who picked up my ball on 8… I would have happily given it to you, after I finished the hole #idiot #onlycost2shots

The good news is that if it is known or virtually certain that a spectator picked up a ball, a player can replace it with no penalty.

As Fox’s tweet pointed out, though, he was cost two shots by this spectator, which would imply it could not be virtually or completely proved that the ball had been picked up. Thus, he would not receive this free drop.

He clarified that this was unfortunately the case.

Fox had to declare his ball lost and re-tee under a one-stroke penalty. Essentially, he was cost two shots because a spectator likely picked up his ball but it couldn’t be proven to the point of a free drop.

Again, Fox really couldn’t have done anything about this. There’s no doubt, this is a pure stroke of bad luck.

Fox, who’s had a strong season on the European Tour as he sits 26th in the Race to Dubai, still managed to open in 1-under 70 despite taking an unfortunate double bogey at that hole.

Fox would go on to shoot a 2-over par 73 in his second round to miss the cut.