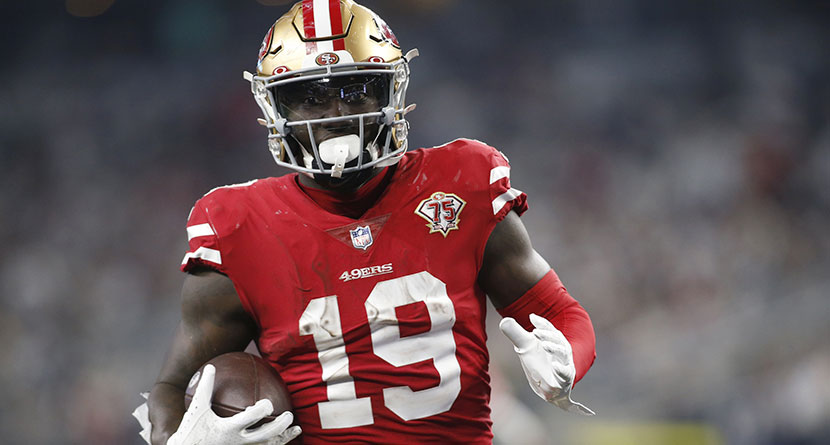 Tiger Woods has never been shy about his allegiance to the Raiders. But after the black-and-silver got eliminated from the playoffs by the Cincinnati Bengals on Saturday, Woods would be forgiven for jumping on another west-coast bandwagon.

Tiger’s adopted team? The San Francisco 49ers, who escaped with a wild win over the Dallas Cowboys on Sunday thanks in part to a multitalented wide receiver with an apparent affinity for Woods’ apparel.

Deebo Samuel, a third-year player out of South Carolina who’s as much of a threat running the ball as he is catching it, scored the touchdown that provided the winning margin while wearing a red Tiger Woods mock turtleneck under his jersey.

Credit goes to @TWLegion, a Twitter account dedicated to tracking all things Tiger, for spotting the telltale logo.

As one Twitter follower pointed out, it sure looks like the same shirt Tiger wore when he captured his fifth green jacket in 2019.

Sunday red seemed to have a similar effect for Samuel, who racked up 72 yards rushing and another 38 yards receiving to help the Niners advance to the divisional round.