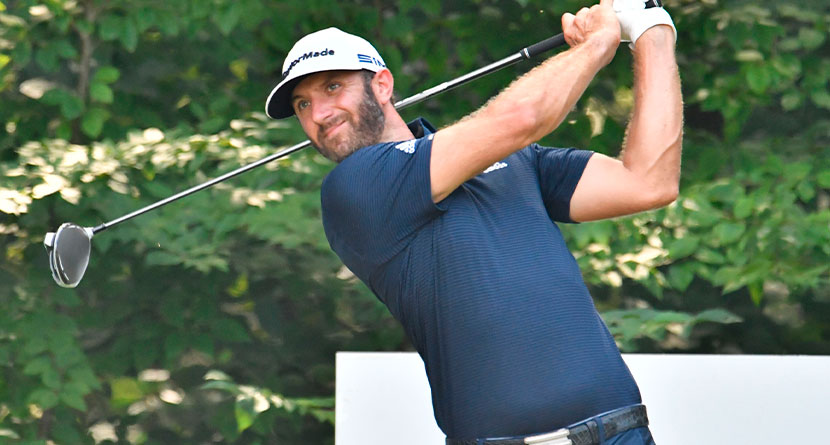 Having had the good fortune to play TPC Boston on two occasions, I remember it as a very stout test. That said, from the vantage point of my living room couch, the rough looked far from punishing and the fescue rather tame (most likely due to lack of rain).

My impressions are supported by its 31st ranking (out of 39) of the Toughest Courses played in the 2020 PGA Tour season. Coincidently, Dustin recently beat up on No. 30 in his win at TPC River Highlands a few weeks earlier. Courses for horses?

Was TPC Boston 30-under-par easy? The second-lowest score in PGA Tour history easy? Ernie Els beat him by ONE (-31) stroke to par in the 2003 Mercedes Championship at The Plantation Course at Kapalua. Incidentally, The Plantation Course was the 54th Toughest Course of the 56 played that year. Ernie’s 8-shot margin pales in comparison to DJ’s 11-shot victory.

Suffice it to say, DJ’s performance was truly remarkable. Worth noting are the areas of his game that stood out the most. For this, I compared DJ to a) The FIELD at this tournament, and b) the average of all of WINNERS thus far in the 2020 season as represented by the colored arrows below.

Driving: DJ’s combination of distance (ranked 2nd in the FIELD), accuracy (29th) and avoidance of errors was outstanding. (Errors = drives hit out of play requiring recovery shots or penalty results).

He had one minor error that led to one of only three bogeys. These blemishes were overwhelmed by five eagles and 23 birdies. Below, I compare DJ’s (yellow arrow) Strokes Gained Off-the-Tee, Fairway Hit and Driving Errors to the 2020 Winners (blue arrow) and the FIELD (in red):

Approach Shots: His best skill of the week, and where he left the FIELD in his dust, was his Approach accuracy. DJ ranked #1 in all three categories – Strokes Gained Approach the Green, GIR’s and Proximity to the Hole – a rare hat trick!

Consider that going into this event, DJ was ranked 80th on Tour in Strokes Gained Approach and #109 in GIR’s (12/round). I cannot remember seeing 16 GIR’s in over 30 years of studying the PGA Tour.

DJ’s frank explanation of his long game efficiency and accuracy was that he rediscovered his reliable cut. This is the dependable, slight fade that allows him to swing freely at EVERYTHING.

If he can hang on to this through the Majors, watch out!