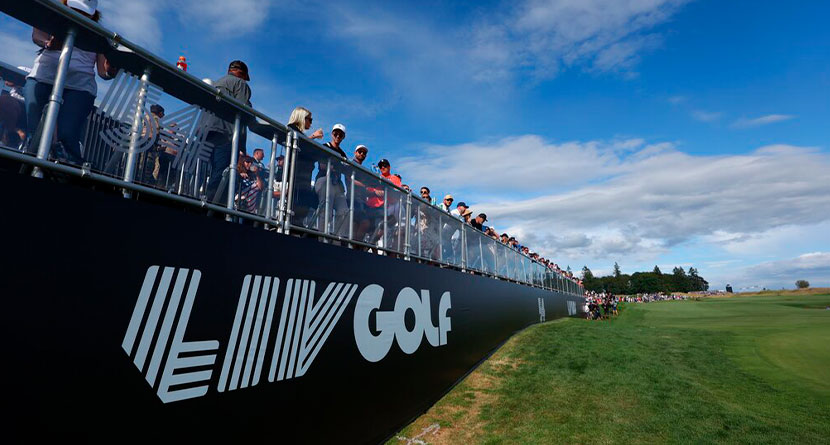 BEDMINSTER, N.J. (AP) — The Saudi-funded LIV Golf series announced a 14-tournament schedule for next year with 12 established team franchises and a chance for players to either be promoted or relegated through its series of Asian Tour events.

Greg Norman, the CEO and commissioner of LIV Golf, said Wednesday in a news release that the full schedule would be released later and would include stops across the world.

The rival league of the PGA and European tours plays its third event this week at Trump National Bedminster in New Jersey, the course owned by former President Donald Trump. The four additions to the 48-man roster of players are Henrik Stenson, Paul Casey, Charles Howell III and Jason Kokrak. The European tour stripped Stenson of his Ryder Cup captaincy for signing up with LIV Golf, after pledging full support to the tour when he was selected as captain in March.

Along with the 48-man field, no-cut events worth $25 million in prize money, LIV Golf Investments has pumped $300 million into the Asian Tour for “International Series” events. While details on promotion and relegation were not announced, players could earn their way into the LIV Golf League through their performance in these Asian Tour events, while those who finish toward the bottom of LIV Golf events would be replaced.

The news release said LIV Golf League players are expected to compete in “numerous” International Series events, which would mean playing more than the 14 tournaments on the 2023 LIV Golf schedule. One appeal for players who have signed up, such as Dustin Johnson and Phil Mickelson, was to play less.

The 12 four-man teams would stay the same throughout the year. Captains will be able to build their franchises to attract a fan following and sponsor interest. Howell and Casey are now on a team led by Bryson DeChambeau, and they said he reached out to them a few months ago about joining LIV Golf.