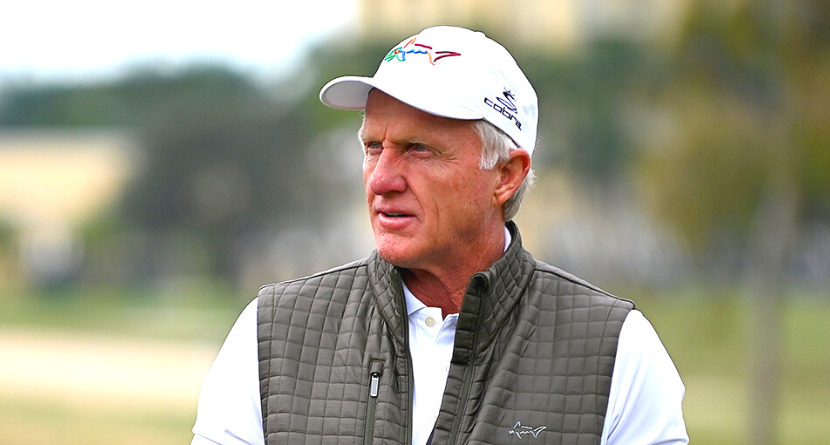 PGA Tour members who sought permission to participate in the LIV Golf Series’ $25 million kickoff event in London had their requests denied on Tuesday, according to multiple reports.

The golf website No Laying Up was one of a handful of media entities to obtain the memo sent to those players and shared it on Twitter.

“We have notified those who have applied that their request has been declined in accordance with the PGA Tour Tournament Regulations. As such, Tour members are not authorized to participate in the Saudi Golf League’s London event under our Regulations,” Dennis said. “As a membership organization, we believe this decision is in the best interest of the PGA Tour and its players.”

The letter sent from the Tour to players who applied for releases. pic.twitter.com/ZVYUTDnNdp

The news registers as a shock in some corners, as previous reports suggested players would be permitted to compete in the Saudi-backed series’ opener — a 48-man event slated to begin at London’s Centurion Club on June 9, one week ahead of the U.S. Open — on the grounds that it wasn’t being played on North American soil the same week as a PGA Tour event.

But as Golfweek’s Eamon Lynch notes, the Tour must be abiding by its original stance of treating the breakaway circuit as a rival entity. What remains unclear is whether the Tour would follow through on its threat to ban defectors — a move that would almost certainly trigger legal action.

One anonymous player who spoke to Lynch indicated he was taking a wait-and-see approach.

“I’m for sure weighing up the pros and cons of making a jump like this. What [commissioner Jay Monahan] decides is a hugely important part of that. Asking permission to play an international ‘tour’ event is something I’ve done with the PGA Tour since I first took my card many years ago,” the player told Lynch. “I understand the initial construct of this LIV tour was destructive in nature if the PGA Tour didn’t want part of it. Here in the short term, the events are being scheduled to be as non-conflicting as possible which is difficult to do. As a player who plays multiple tours, conflicting events is something we always deal with and I don’t see how the LIV tour is any different until it’s 48 guys locked in for 14 events a season.”

“Sadly, the PGA Tour seems intent on denying professional golfers their right to play golf, unless it’s exclusively in a PGA Tour tournament. This is particularly disappointing in light of the Tour’s non-profit status, where its mission is purportedly ‘to promote the common interests of professional tournament golfers,’” Norman said in a statement. “Instead, the Tour is intent on perpetuating its illegal monopoly of what should be a free and open market.  The Tour’s action is anti-golfer, anti-fan, and anti-competitive. But no matter what obstacles the PGA Tour puts in our way, we will not be stopped. We will continue to give players options that promote the great game of golf globally.”

In a separate story published Tuesday, Sports Illustrated reported that there were 170 entries submitted for the London event. Among them are 19 of the top 100 players in the world and six ranked inside the top 50, though the breakaway circuit is not expected to officially announce the field until after the PGA Championship.

The league also announced plans for its next three seasons on Tuesday, with an additional $2 billion from the Public Investment Fund of Saudi Arabia expected to bolster its ongoing quest for legitimacy.

“We have a long-term vision and we’re here to stay,” Norman said in a press release. “We’re going to grow the game, give more opportunities to players, and create a more entertaining product for fans. We believe in adding new experiences and energy to golf, and that includes building out our future schedule in more global markets.

“We’re creating an entertaining product that will increase golf participation and attract new fans across a broader global footprint. We realize it won’t happen overnight, and we’re excited for the opportunities LIV Golf will add to the game as we continue to grow.”