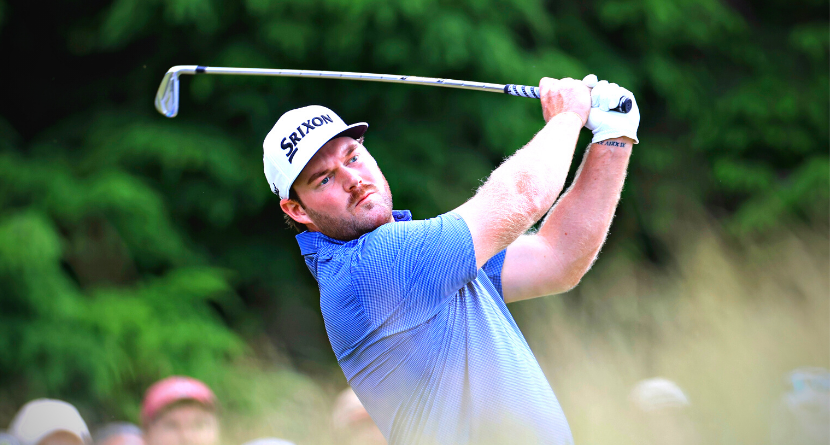 PGA Tour pro Grayson Murray was forced to withdraw from this past weekend’s Butterfield Bermuda Championship after suffering serious injuries in a scooter accident that occurred Tuesday before the start of the tournament.

“Two visiting men were hurt and transported to King Edward VII Memorial Hospital via ambulance for treatment,” a police spokesman told the Royal Gazette. “Each was riding a separate rental scooter at the time of the collision.

Murray and his caddie were riding their scooters back to their hotel when they turned around a bend and collided with a car going the other way. In Bermuda, tourists are not allowed to rent cars, so many use the scooters they have on the island.

Murray was knocked unconscious and does not remember going to the hospital. He didn’t break any bones, but he did receive 50 stitches and 25 stitches on his face.

“Honestly, I’m pretty fortunate because the helmet saved me. If it wasn’t for my knee and stitches in my left hand, I would try to play,” Murray told Golfweek. “It is nobody’s fault. Riding on the opposite side of the road is already confusing, and the roads in Bermuda are narrow and sketchy.”

Schwimer was injured trying to get out of the way and had road rash, but he was okay to continue his caddie duties ending up on Johnson Wagner’s bag, who got into the tournament after Murray withdrew.

The Butterfield would have been Murray’s first event of the season and his 116th start on the PGA Tour in his career.