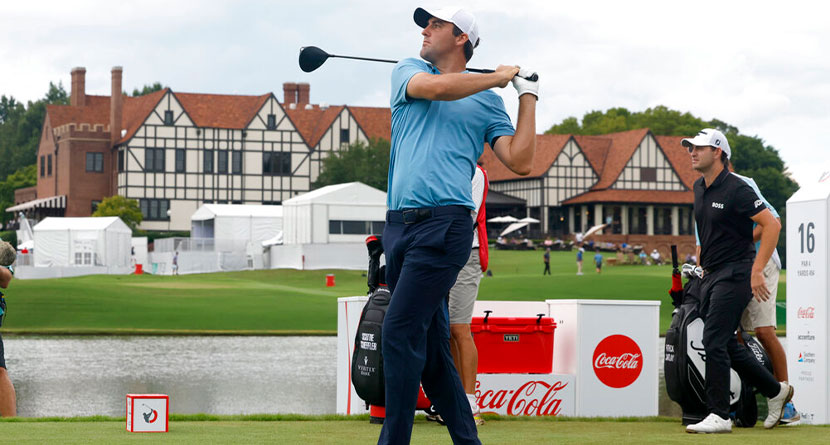 Scottie Scheffler and Cameron Young are the leading candidates on an awards ballot, and PGA Tour members have until Friday to vote.

Scheffler, Cameron Smith and Rory McIlroy are on the slate for player of the year. Scheffler led the tour with four wins, including the Masters, reached No. 1 in the world and set a record with $14 million in earnings.

Smith won the British Open and The Players Championship among his three titles. McIlroy also won three times, captured the FedEx Cup and was the only player to finish in the top 10 at all four majors.

Of the three players nominated for rookie of the year, the only winner was Tom Kim, who wasn’t even a PGA Tour member until a month ago.

Young was a runner-up five times, including the British Open, and he missed a playoff at the PGA Championship by one shot. Sahith Theegala had chances to win at the Phoenix Open and the Travelers Championship.

Smith will be allowed to vote, having fulfilled the requirement of playing 15 times. The tour said those who resigned their membership upon joining LIV Golf, such as Dustin Johnson and Sergio Garcia, won’t be allowed to vote.