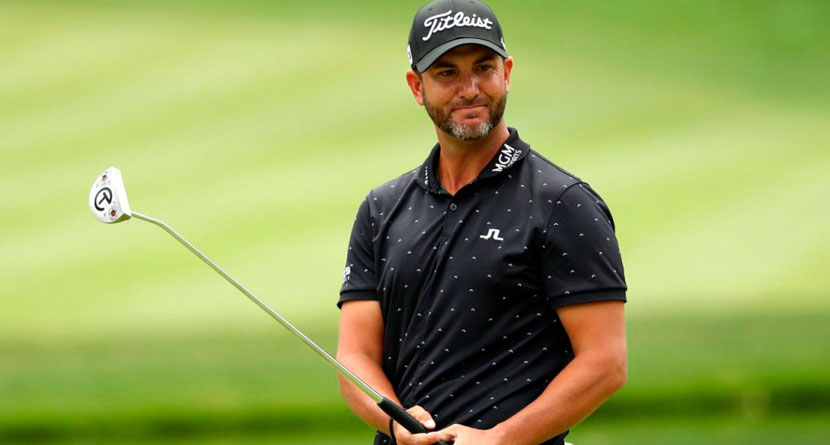 Next week’s Open Championship routinely has one of the strongest and most diverse fields in major championship golf. Thanks to American Scott Piercy declining an invite from the R&A to compete in the 146th Open at Royal Birkdale, the field got a little bit more diverse with the inclusion of India’s top-ranked golfer Anirban Lahiri.

Scott Piercy declined his exemption for the 2017 Open and will be replaced by Anirban Lahiri.Piercy gave no reason for not playing.

Piercy has played in two Open Championships in his career — 2013 and 2016 — and he’s missed the cut in both tries. Piercy gave no reason for his declining of an exemption.

GolfChannel.com’s Will Gray added some more context to Piercy’s decision.

Scott Piercy has turned down an exemption into The Open next week, and will be replaced in the field by India’s Anirban Lahiri.

The R&A did not provide a reason for Piercy’s withdrawal. He has not played since a third-round 81 at the Travelers Championship which caused him to miss the 54-hole cut, and Piercy had missed three straight cuts prior to that. He finished second last year at both the U.S. Open and WGC-Bridgestone Invitational but has since slid to No. 67 in the world rankings.

Lahiri was a runner-up last month at the Memorial Tournament and will be making his fifth start in The Open, highlighted by a T-30 finish at St. Andrews in 2015.

The R&A also revealed the top of the alternate list, which is determined by world ranking. Tony Finau is now first alternate, followed by James Hahn and Danny Lee.

As of Thursday morning, Finau has been admitted into the field following the withdrawal of Ben Curtis. James Hahn is the next man up.

I don't know the circumstances behind Bens Withdrawal but I'm grateful to be playing in another @TheOpen ???? https://t.co/aPson0JOYy