Scheffler Goes Off On Fan At Houston Open 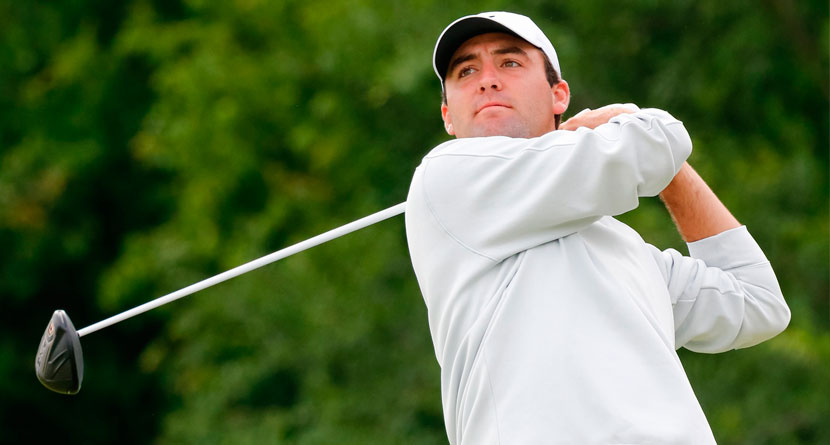 Scottie Scheffler looks destined to be yet another star-in-the-making on the PGA Tour.

The 23-year-old former Texas Longhorn has gotten off to a strong start in his first full season on the PGA Tour, kicking off his 2019-2020 campaign with a T7 finish at the Greenbrier last month.

Making the cut in each of his first four starts of the young season, Scheffler has already made over $400,000 and sits in 25th place in the way-too-early-to-really-matter FedEx Cup standings. Even though next year’s majors and Tour Championship are a long ways down the road, Scheffler has proven that his big-game hunting mentality in college has transferred to the professional ranks.

Earlier this year, Scheffler won the Korn Ferry Tour’s Nationwide Children’s Hospital Championship in August to secure fully-exempt status on the PGA Tour. As the Dallas native has made the transition into full-time PGA Tour pro, he had his first public run-in with unruly PGA Tour fans at this past week’s Houston Open.

Playing in his home state, Scheffler shot an opening-round 3-under par 69 to put himself in position to make his fourth consecutive cut and even contend for the third time in four weeks. An up-and-down start to his second round had him at even par for the day heading into the par-3 ninth hole where a spectator shouted in Scheffler’s backswing.

Scottie Scheffler giving it to a fan… ? pic.twitter.com/vis45FcuDD

The result of the distraction was his back foot slipping out from under him and a low pull-cut that found the greenside bunker.

“Are you kidding me?” Scheffler can be heard saying on the video. “You can’t keep your mouth quiet for five minutes, man? Right in the middle of my swing.”

Scheffler shook off the distraction to get up-and-down for par en route to a second-round of 2-over par 74 that was capped by a closing double bogey. He still made the cut by two strokes and strung together weekend rounds of 69-71 to finish in a tie for 28th at 5-under par.