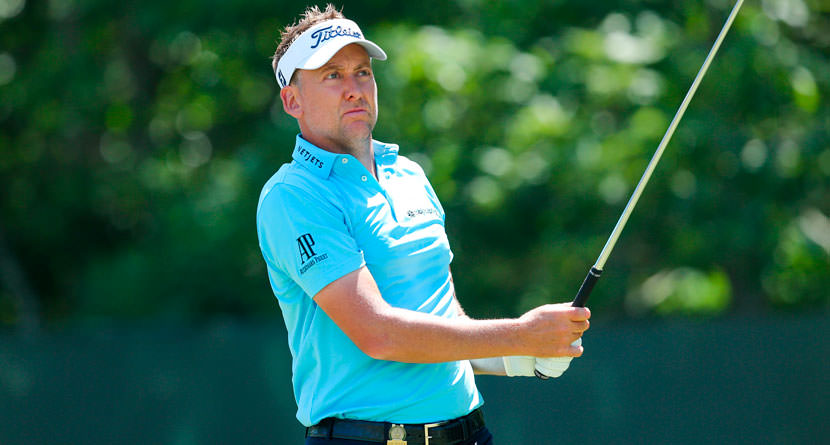 While the golf world prepares itself for the third major championship of the year this week at Carnoustie, a handful of the best players in the world prepped for the Open Championship at this past week’s Scottish Open down the road at Gullane Golf Club.

Among the big names teeing it up in one of golf’s oldest events was Ian Poulter, but the Englishman didn’t have the week on the course or in the press that he would have hoped thanks to a run-in he had with a volunteer on the first hole of his third round.

A local Gullane man named Quintin Jardine was volunteering as a marshal on the first hole as Poulter’s drive found some brush off of the left side of the fairway. What happened next was detailed in a since-deleted blog post by Jardine entitled “Ian Poulter Is An Arsehole.”

“I am one of dozens of volunteers who have been contributing to the success of the Scottish Open,” he wrote. “I don’t do it for the meal vouchers or the shirt, but to help my golf club make the event a success, and for the benefit of my home village. I certainly don’t do it to be abused by a competitor.”

Jardine’s account of the confrontation included a fellow marshal locating the ball in the bush. When Poulter approached “in a shower of expletives,” as Jardine put it, Poulter told him he should have gone into the bush to locate the ball.

“I told him (the other marshal had located the ball) and said that I had not ventured into the bush for fear of standing on it,” Jardine wrote. “He told me in essence that I should have, his reasoning being that if I stood on the ball it was a free drop, whereas if he did it was a penalty.

“Industrial language doesn’t bother me, but truculent aggression does.”

After getting his ball back into the fairway, Jardine said that Poulter again approached him and reiterated that should another player hit a ball into the bush, he should go in looking for it.

After being made aware of the post, Poulter expressed his disappointment on social media for what he deemed a clear misunderstanding of his explanation.

“Extremely sad to see a Marshall (sic) has wrote in and complained about me aiming abuse at him on the first hole,” Poulter wrote in an attached note. “Venting at myself like I do at times I said a couple of choice words aimed at myself. I do not abuse Marshalls (sic). I may have done in my early years.”

Poulter would go on to bogey that hole en route to a 1-under par 69 on Saturday. He finished the event at 9-under par, tied for 30th.