Sea Island Hosts “Pick Up Game” for the Pros 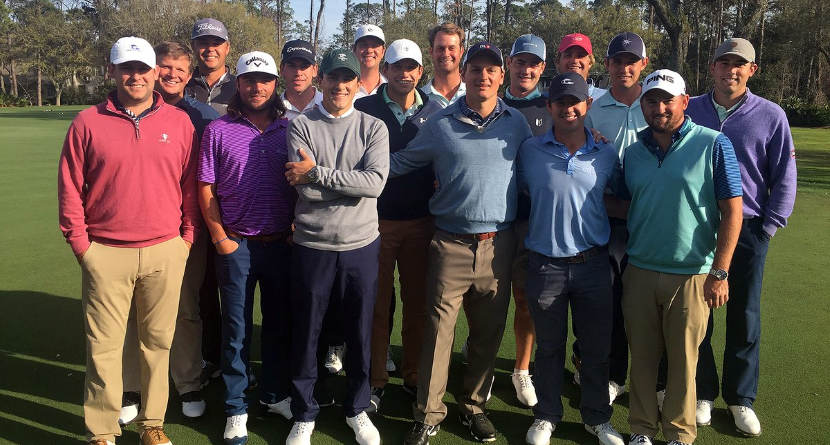 World Golf Championship weeks are usually an opportunity for guys not in the top-50 in the world rankings to make some noise, earn some cash and collect FedEx Cup points in what the PGA Tour calls opposite-field events. Unfortunately, the Puerto Rico Open, which typically takes place during this week’s WGC event, will instead be played opposite the WGC-Dell Match Play in late March, essentially leaving a hole in the competitive schedule for everyone else. Thankfully this past Thursday, the good folks at Sea Island organized a “pick up game” so to speak which included pros and rising stars.

On Thursday, officials at Sea Island, which hosts the PGA Tour’s RSM Classic each fall, organized a team match that included Tour winners, up-and-coming players and those working to make it to the big leagues.

No opposite-field event this week? No problem! Sea Island pros organized their own event right at home: https://t.co/KueueBmQqW pic.twitter.com/SqZPixUpgZ

The event, which was organized to keep players competitive during an off week, featured front- and back-nine matches between four teams for a total of 12 points.

The team that included English, Swafford and Whitsett – which was led by their manager Jeremy Elliott with Lagardere Sports – won the competition, 9-3.

The PGA Tour is back in action for a full field event next week at the Valspar Championship contested at Innisbrook Resort’s Copperhead Course in Palm Harbor, Florida.