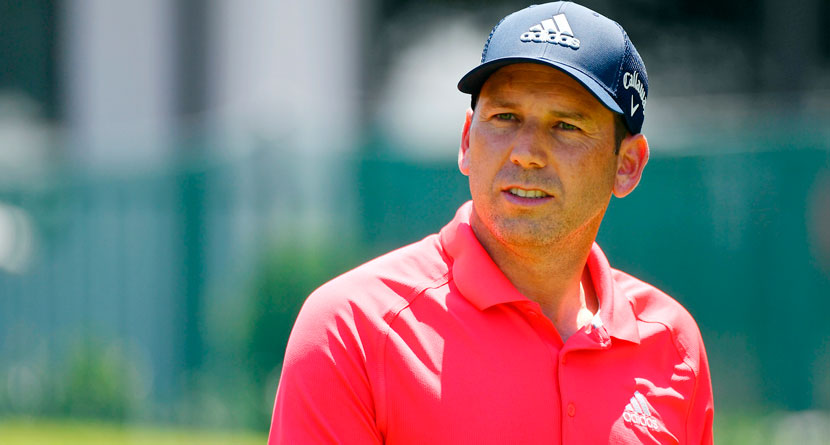 Less than a week after Sergio Garcia was caught on video by a fan throwing his driver at his caddie, the fiery Spaniard was filmed yet again displaying poor etiquette, this time taking his frustrations out on the course.

Playing the par-5 16th hole at TPC Southwind on Saturday, Garcia was filmed hitting a drive that would find the right rough.

Shortly after impact, Garcia made a frustrated swing that took a chunk of turf out of the 16th tee box.

Garcia would go on to save par on the hole en route to a third-round score of even-par 70. He shot 1-under par 69 on Sunday to post a T41 finish, 15 shots back of eventual champion, Brooks Koepka.

The divot Garcia took out on Saturday is the latest in a line of questionable behavior demonstrated by the 39-year-old this year. Back in February, Garcia was disqualified from the European Tour’s Saudi International for serious misconduct after damaging bunkers and greens at the event.

Garcia would avoid suspension from the Tour and relayed an apology via social media shortly after saying, “What happened (in Saudi Arabia) is not an example I want to set, and it’s not who I truly am. I am an emotional player and while I believe that’s one of my biggest strengths, it’s also one of my biggest flaws.

“I’m focused on working hard to channel that emotion the correct way and to be the best me, learn from it and move forward.”

Garcia is currently 62nd in the FedEx Cup points standings, but he is not entered into this week’s regular-season finale at the Wyndham Championship.