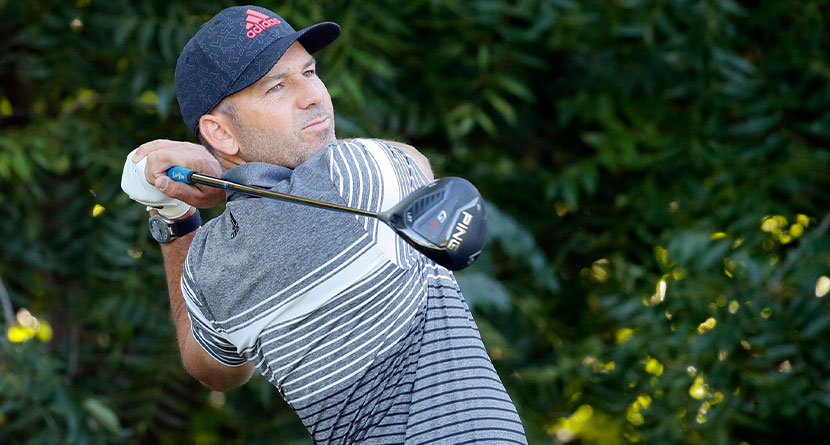 It seems as if there are times when Sergio Garcia simply can’t help himself from saying something that is going to get himself in trouble.

That was the case once again this past weekend when Garcia found himself in contention at the RBC Heritage after back-to-back 6-under par 65s on Friday and Saturday.

Having traveled from Colonial to Hilton Head on his private plane with friend and fellow Austin resident Nick Watney, Garcia was rightfully jumpy about Watney’s COVID-19 diagnosis. In the course of talking about Watney’s positive test, however, Garcia managed to fit his entire foot into his mouth.

“My first reaction was I was surprised. I felt terrible for Nick because he’s probably one of the nicest guys on Tour,” Garcia said. “Unfortunately, it had to happen to him. There’s a lot of other people that probably deserved it a lot more than him, and he’s the one that got it.

“I was a little bit afraid because, obviously, I gave him a ride on Tuesday, but when we landed on Tuesday, we got tested. We were both negative. So it was all good. Then I was surprised to hear that he tested positive two days, three days later. Obviously, I got my test done yesterday, and I was negative.

“Nick is unbelievable. He’s a good friend. He was very worried about me. He sent me several texts. I talked to him. He must have said sorry to me probably 25 times. I told him that it’s all good. Whatever it is, it is. Fortunately for me, it was fine. Hopefully, his is not bad, and we can have him back as soon as possible.”

“Unfortunately, it had to happen to him. There’s a lot of other people that probably deserved it a lot more than him, and he’s the one that got it.

Garica’s comments set off a firestorm online with those wondering if Watney didn’t deserve to contract the disease, then who did?

So Sergio Garcia said: “There’s a lot of other people that probably deserved [to get COVID] a lot more than [Nick Watney] and he’s the one that got it.”

I’d love to see a list of people Sergio thinks deserves to get COVID the most. (Tiger and PReed probably top that list, tbh)

Garcia fired a third consecutive 6-under par 65 on Sunday at Harbour Town to reach 19-under par and tie for fifth place. He must have already heard some of the blowback from his “deserved to get it” comments, because neither of the two short questions he was asked after his final round had anything to do with Watney or coronavirus.