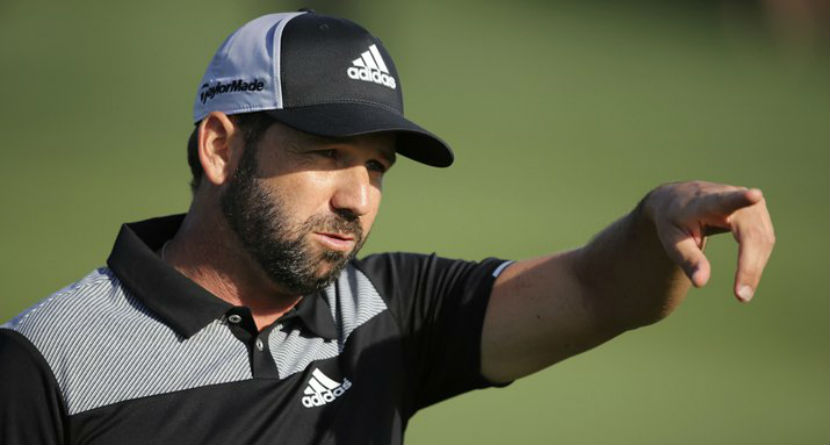 Occasionally you will see those rare shots on the PGA Tour that make you stop and say “wow, that looks like me.” It could be a cold shank, a top, or really anything that you would do at the local muni with your buddies. Well, today was one of those days and it came at the expense of Sergio Garcia. In fact, this one was so bad, you might say “wow, that’s worse than me!”

Sergio was battling his fellow young Spaniard Jon Rahm during his day three match of the WGC-Dell Technologies Match Play when they arrived on the tee of the drivable 296-yard par-4 13th hole. At the time Garcia was down four and knew he needed to be aggressive. However, just before he was about to tee off, the skies opened up and it began to pour. Instead of going to his bag to get some rain gear or even a towel, Sergio pulled driver and let it rip (warning: viewer discretion advised):

Yikes! Now, that’s some serious slippage. Needless to say, Sergio lost the hole and the match 4&6, but hopefully, he kept his dignity.

Later in the afternoon, Zach Johnson showed us how it’s done by nearly acing the same par-4 that Sergio didn’t get it past the ladies’ tees.

Even with a 2 UP lead, Zach Johnson is staying aggressive. #QuickHits pic.twitter.com/25QMKjDXzD

Both Rahm and Johnson won their respective groups and made it to the weekend. Sergio, however, not so much. Here’s a look at all the highlights from day three as well as, the round of 16 matchups which begin Saturday morning. As a reminder, from here on out it is single elimination: