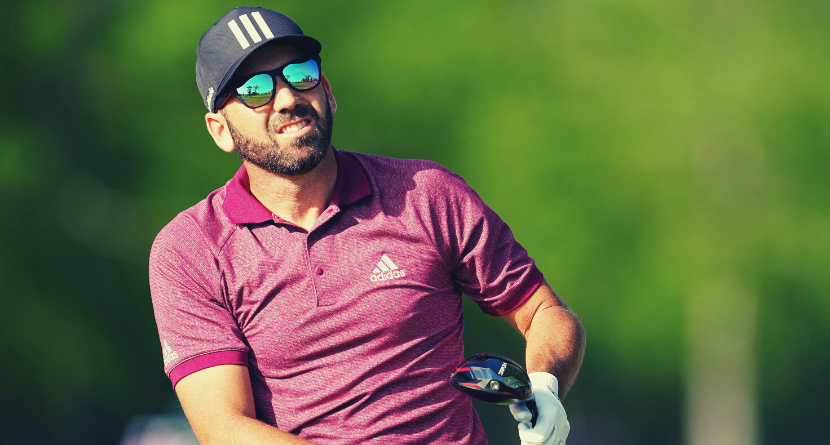 We’ve all made empty threats on golf courses, and it’s fair to assume most involve quitting the game cold turkey.

But Sergio Garcia’s rules tirade on Thursday at the Wells Fargo Championship — captured in all its whiny glory by microphones and cameras through the magic of PGA Tour Live — seemed like the real thing. And his choice of words left little room for interpretation.

“I can’t wait to leave this tour,” Garcia told a rules official after locating a lost ball beyond the three-minute limit that triggers a penalty.

The 2017 Masters champ felt the count was a little quick. He proceeded to sprinkle in some expletives as he continued to chew out the official, adding, “can’t wait to get out of here,” and “just a couple more weeks until I don’t have to deal with you anymore.”

After signing for a 3-under-par 67, the Spaniard opted to skip out on his media obligations. But his words don’t really need to parsing. While never officially confirming his interest in the Saudi-backed LIV Golf Series — which opens with an event in London on June 9 — Garcia’s name has appeared in rumors for weeks.

A report published by the Telegraph suggested Garcia was among the notable European Ryder Cup mainstays who would be willing to forgo future iterations of the matches if the DP World Tour makes good on its threat of essentially excommunicating Saudi tour defectors.

No protection for these guys on the PGA Tour. Should be given unlimited time to look for their balls. Disgusting, really. https://t.co/qwx172AZXO

Plus, the 42-year-old fits the profile of all these shadowy, supposedly still-in-their-prime figures LIV CEO Greg Norman keeps talking about without naming. Garcia broke through for his first major five years ago but hasn’t been particularly relevant since. His last win on the PGA Tour came at the 2020 Sandersons Farm Championship, an October event with an underwhelming field.

Accordingly, social media was less than sympathetic to Garcia’s plight.

“I’m sorry but that is unacceptable from Sergio Garcia,” Andy Roberts of the popular site Golf Magic wrote on Twitter. “The PGA Tour has given him everything in his career and he wants to act like a spoiled brat all because he hit a bad shot. Oh poppet. Do me a favor and jog on to the Saudi league.”

“I’m gonna need an explanation as to why a professional golfer might believe there will be nothing but open-minded, tolerant, permissive rules officials on the Saudi-backed tour,” tweeted Jason Sobel of the Action Network.