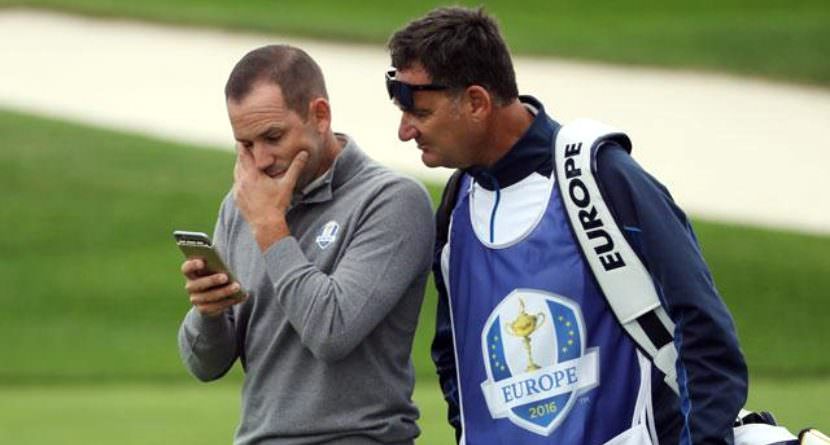 There are crazy sports fans, and then there are fans of Sergio Garcia. For example, take Mark Johnson from the U.K. Last July, he began a Twitter campaign to caddie for the Spaniard with this fateful tweet:

@TheSergioGarcia you’re my number one golfer please can I caddie for you when your caddie can’t make it cheers ??

In an unexpected turn of events, Sergio finally responded with this cryptic message:

Ok @markjohno6969 I think I found the perfect day for you to get a taste of carrying my bag & make your dream come true! Are you ready? ?

He then offered Johnson the opportunity of a lifetime: a loop at the British Masters Pro-Am in September.

Take a look at some of these desperately hilarious #Letmecaddieforyou tweets Johnson sent over the nearly seven-month ordeal:

@TheSergioGarcia I won’t even ask for 10% wages just expenses will be good!! #Letmecaddieforyou #Day41

@TheSergioGarcia My wife said I’m a stalker I said it will be better than our wedding day it’s my dream! #Letmecaddieforyou #Day50

@TheSergioGarcia I never got the Birthday present I really wanted but I’ve had a great time away with family! #Letmecaddieforyou #Day110

Big tip of the cap to Sergio for making this bloke’s day!