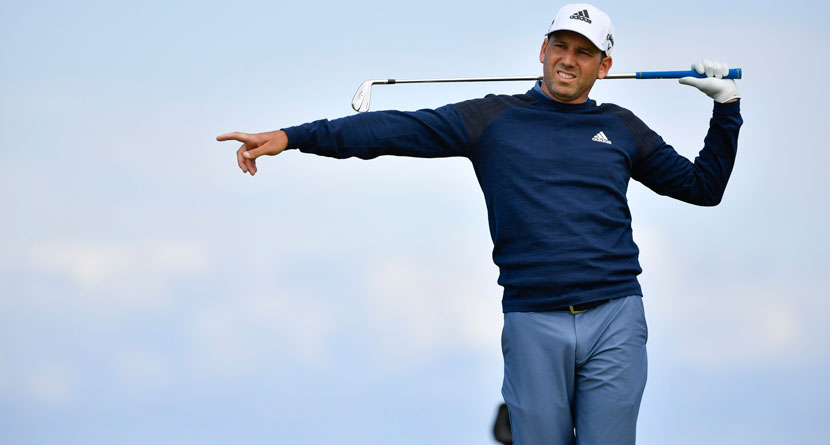 Sergio Garcia will be returning to the scene of perhaps his most embarrassing moment as a professional golfer, the Saudi International, in 2020, but he will be doing so without the benefit of an appearance fee.

In what is being reported by The Telegraph as one of the disciplinary conditions placed upon Garcia by the European Tour, Garcia will waive an appearance fee thought to be in the neighborhood of £500,000 or $643,000 to return to the site of his disqualification under Rule 1.2(a), which allows for disqualification from an event for a serious breach of the rules.

Garcia was disqualified following the completion of the third round of this year’s Saudi International for intentionally damaging five putting surfaces at Royal Greens Golf and Country Club. Video surfaced on social media of Garcia losing his cool in a bunker during the second round, implying that his behavior on Saturday was a culmination of frustration.

Sergio Garcia’s meltdown in a Royal Greens bunker a day prior to his disqualification for vandalism work on five greens. Story by @SkySportsGolf fills in details. Translations welcomed! https://t.co/UoGmPtTOz4 pic.twitter.com/dQMDN7y2PC

In a statement, Garcia admitted to becoming frustrated and accepted his disqualification.

“I respect the decision of my disqualification,” he said. “In frustration, I damaged a couple of greens, for which I apologize for, and I have informed my fellow players it will never happen again.”

“It’s frustrating as a player to see, to act like that, to disrespect everybody,” Brooks Koepka, a fellow competitor in the field in Saudi Arabia, said. “To act like a child out there is not cool. It’s not setting a good example and it’s not cool to us, showing us no respect or anybody else.”

Garcia was never suspended for the incident, but his appearance sans fee in 2020 appears to be one the measures taken by European Tour CEO Keith Pelley.

A controversial event given the host country, the Saudi International has already received commitments from Garica, Koepka and defending champion Dustin Johnson for next year’s event, which is slated for the end of January.