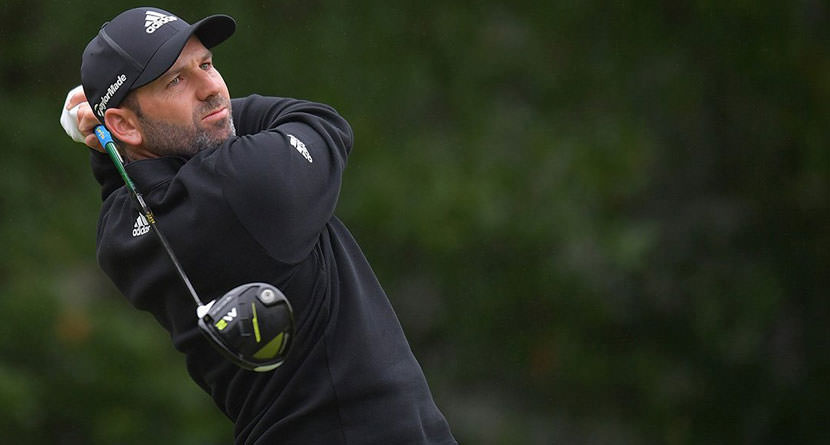 Sergio Garcia and TaylorMade agreed to mutually end their 15-year endorsement and ambassador relationship on Monday, making Garica the first free-agent to officially hit the open market entering the 2018 season.

The split marks the end of a 15-year relationship that culminated with Garcia winning his first major championship, the Masters, earlier this year.

With adidas no longer owning TaylorMade, the company announces it has mutually agreed to release Sergio Garcia from his contract w/brand. pic.twitter.com/LwfblkMIQ0

Golfweek.com’s David Dusek had the details on the split.

Sergio Garcia, the reigning Masters champion, and TaylorMade Golf have parted ways. The equipment company on Monday released a one-paragraph statement that acknowledged their association had ended.

“Today, after a memorable 15-year partnership with Sergio Garcia, we have mutually agreed to a release from the remaining years of his TaylorMade contract,” the statement read. “It has been an honor to play a role in his performance throughout his career, including The Players Championship, 19 worldwide wins, Ryder Cup heroics and his 2017 Masters win. We congratulate Sergio on a career year and wish him all the best for the future.”

A spokesman for Adidas Golf told Golfweek that it looks forward to continuing its relationship with Garcia. Adidas agreed in May to sell TaylorMade Golf to KPS Capital Partners, LP for $425 million.

Even with Garcia gone, TaylorMade’s endorsement stable is full of big-name players including Justin Rose, Jason Day, Tiger Woods, Rory McIlroy and World No. 1 Dustin Johnson. Jon Rahm, who like Garcia is from Spain, signed with TaylorMade before the 2016-17 PGA Tour season and has leapt to No. 5 in the world.

It is highly unlikely that Garcia, 35, one of the best ballstrikers of his generation, would walk away from his relationship with TaylorMade unless he has another endorsement deal waiting. Garcia might have provided a clue about his plans in September at the Dell Technologies Championship. Garcia slammed his putter in frustration on a sprinkler head, damaging it and forcing him to putt with other clubs. That putter was a prototype by Toulon Design, which is part of Callaway Golf – the episode might indicate that Garcia and the Carlsbad, Calif. clubmaker have quietly developed a relationship.