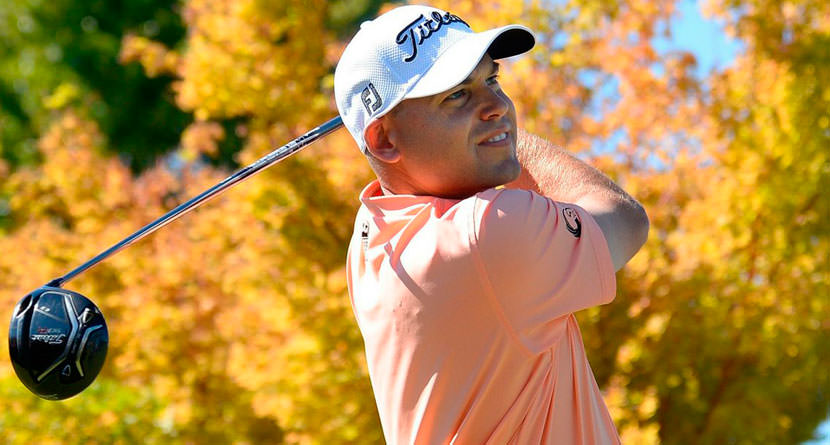 Three weeks removed from an event that forever changed his life, Bill Haas will tee it up again on the PGA Tour at this week’s Valspar Championship.

Haas was in the passenger seat during a car crash the week of the Genesis Open that resulted in the death of the driver of the car Haas was driving in, his friend Mark Gibello.

Bill Haas will play this week at the Valspar Championship for the first time since the loss of his friend, Mark Gibello, in mid-February. https://t.co/vME6uSwfmh

The Associated Press’ Doug Ferguson had more on Haas’ return to the Tour.

Bill Haas returns to golf this week knowing the Valspar Championship will be unlike any of the previous 347 times he has played on the PGA Tour.

The deep bruise on his left leg and the soreness in his right ankle have subsided. Still tender are memories of a friend, Mark Gibello, who was killed Feb. 13 on a winding road outside Riviera Country Club in Los Angeles when his Ferrari clipped another car and slammed into a pole.

Haas was the passenger.

“There’s not many templates to go by on something like this,” Haas said in his first interview since the accident. ”I was in a state of shock, disbelief. It was a tragic event, traumatic. I’m still unsure how to handle it. I keep going back to focusing on the Gibello family.”

He described the Gibellos as mutual friends he planned to stay with during the Genesis Open.

Haas and Gibello played golf the previous weekend at Los Angeles Country Club, where Gibello was a member and played a role in the club hosting the Walker Cup last year. Gibello was a close friend of Bill Harmon, the swing coach who works with Haas.

“It didn’t take me long to realize how much his family loved him, how nice he was to me and my family,” Haas said.

His wife, Julie, has kept in touch with Gibello’s wife. The funeral service in Santa Monica, California, was Friday, the same day the final field was set for the Valspar Championship in Florida. Tiger Woods is playing for the first time. So is Rory McIlroy. That figures to deflect plenty of attention from Haas trying to get back to work.

“The amount of love and support and outreach I got from my peers and friends has been amazing,” he said. ”At the same time, a friend of mine is not here anymore. … There’s just no real way to explain life, why it happens and how it happens. You can’t take tomorrow for granted. You have to enjoy today and prepare for tomorrow. All that said, I still feel like I have to go compete. I can’t just say golf doesn’t matter. That’s what I do. I think that’s what Mark would want.

“He was a golf fan. He loved golf. He would want me to care about how I play.”