Lowry Gets One Of The Luckiest Breaks You’ll Ever See 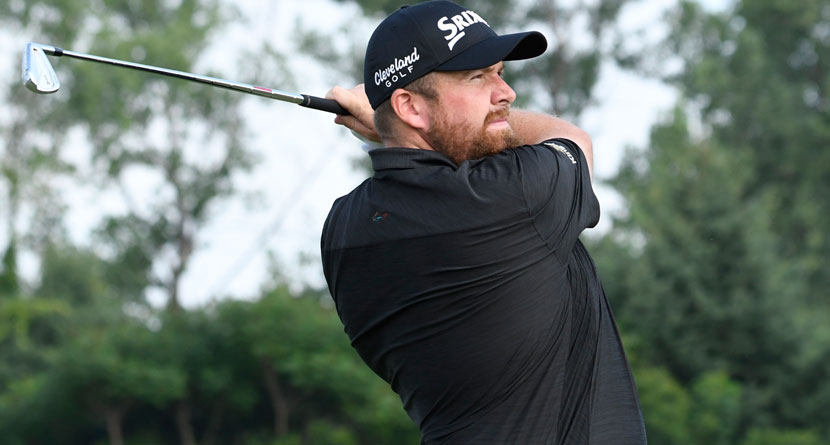 It’s been an incredible year for Shane Lowry, but the Champion Golfer of the Year may have gotten his luckiest break this week at the BMW PGA Championship.

Playing for a tee time on the weekend at Wentworth after an even-par first round, Lowry required a solid second trip around the west London course on Friday afternoon.

Playing the first seven holes in 1-under par, he was well on his way, but a disastrous approach into the par-4 8th threatened to cancel all of his hard work to that point. A pull-hooked iron was going so far left of the putting surface that it had cleared the burn that guarded the left side of the green and was heading towards more trouble.

However, the luck of the Irish hadn’t worn off at Royal Portrush and Lowry’s ball caught a tree and a railroad tie to not only stay dry, but find the putting surface.

Shane Lowry’s shot is heading out of bounds, but hang on…

His ball bounces off a tree, off a sleeper and, somehow, he’s on the dancefloor and with a birdie putt! ?

On the call, fellow Irishman Paul McGinley called the shot one of the best breaks he’s seen.

“Probably a 7 or 8-iron for him,” McGinley commentated. “Oh, Shane. God, he got lucky. Oh, Shane! That’s one of the luckiest things I’ve ever seen.”

Fellow Sky Sports commentator Dougie Donnelly quipped tongue-in-cheek, “That’s why he’s an Open Champion because he can get the late fades on the short irons.”

Lowry would take advantage of his break and two-putt for par en route to a second-round score of 1-under par, which was plenty to get him into the weekend. On Saturday, Lowry fired a ho-hum, bogey-free 3-under par 69 to slide up into the top-30 heading into the final round.