Shane Lowry Secures Win ‘For The Good Guys’ At Wentworth 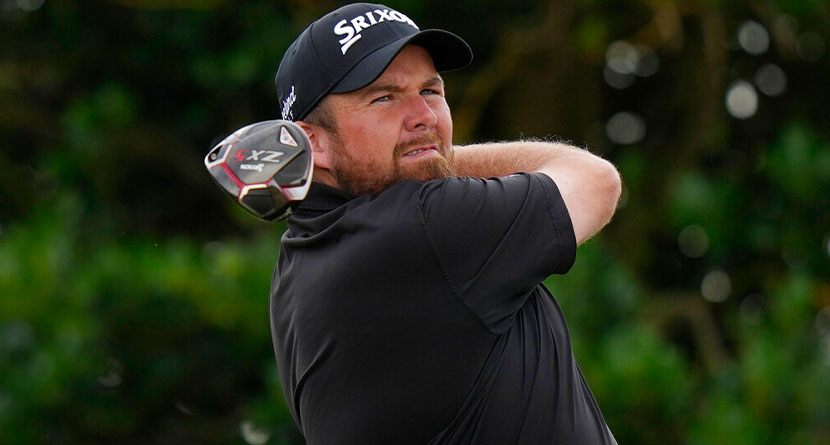 VIRGINIA WATER, England (AP) — Shane Lowry tapped in for birdie at the 18th hole and then had to wait and see if Rory McIlroy could produce something special to force a playoff at Wentworth.

McIlroy gave himself a chance and the crowd cheered as his long eagle putt on the final hole crept slowly toward the cup, only to stop less than an inch short.

McIlroy crouched down, staring at the ball in disbelief, while Lowry hugged his caddie in the scorer’s tent to celebrate a one-shot victory at the BMW PGA Championship on Sunday.

It was Lowry’s first win since the British Open at 2019 and came after a bogey-free performance over three days at Wentworth.

It was also, according to the 35-year-old Irishman, a win for all the golfers who — like him — have rejected the lucrative offers from Saudi Arabia-backed breakaway series LIV Golf. Lowry and McIlroy were both outspoken this week in criticizing the fact that a contingent of LIV golfers had been allowed to play at Wentworth.

“I wanted to go out and win this tournament for myself, first and foremost, but I think for this tour and everyone that has stayed loyal to this tour,” Lowry said. “I really feel like this is one for the good guys.”

“I’m so happy. I can’t put it into words how happy I am and how much this win means to me.” @ShaneLowryGolf 💬 #BMWPGA | #RolexSeries pic.twitter.com/VLpXjbIzco

McIlroy and Jon Rahm were tied for second, one shot back. Talor Gooch, who plays on the LIV circuit, was another shot back in fourth place.

It was Lowry’s first win since the British Open at 2019 and came after a bogey-free performance over three days at Wentworth.

The tournament was reduced to 54 holes with no play on Friday after the death of Queen Elizabeth II on Thursday.

Rahm surged up the leaderboard with a 62, rolling in an eagle putt on the 18th to take a two-shot clubhouse lead at 16 under. He then had to wait more than two hours to see if it would be good enough for the win, although on a low-scoring day at Wentworth it never looked likely to be.

A superb approach shot from Lowry on the 18th made sure of that.

Lowry hit an iron from 242 yards onto the center of the green — a shot good enough to earn an immediate fist bump from his caddie — and then rolled an eagle putt to within a few inches of the hole, leaving himself a tap-in birdie for the lead.

McIlroy, playing in the pairing behind Lowry, also had a 14-foot birdie putt on the 17th break just to the right of the hole. When Lowry then birdied the last hole, McIlroy knew he needed to eagle the par-5 18th — something he has never managed at Wentworth.

“I thought three feet out even that that putt was going in the hole,” said McIlroy, who won his third FedEx Cup title last month. “It just sort of wriggled right on me at the end. But overall it’s been another really good week.”

It was a first win for Lowry at Wentworth in his 13th appearance in the European Tour’s flagship event, having finished second to McIlroy in 2014.

“I love it here, I’ve contended in the past,” Lowry said. “The bad shots that I’ve hit over the years in contention actually started to creep into my head. It’s amazing what this game does.”