Shanshan Feng Got Everything From Golf But A Proper Farewell 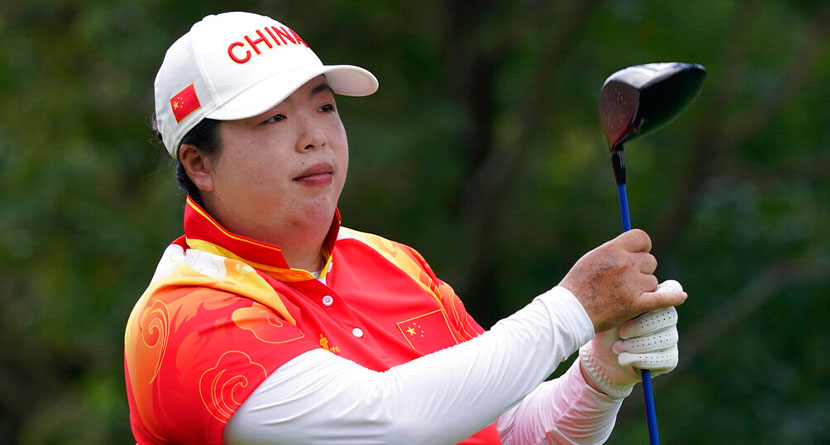 Shanshan Feng never wanted to play more than 10 years of professional golf. She went longer than planned, and the only regret for China’s happy-go-lucky major champion is the COVID-19 pandemic kept her from a proper farewell.

Feng, 32, announced her retirement Tuesday with an Instagram post in which she said golf gave her far more than she was able to give back.

“Now it is time for me to try something different,” she said.

Feng achieved plenty, beyond becoming China’s first major champion in 2012 at the LPGA Championship. She won a bronze medal in golf’s return to the Olympics in 2016 in Rio de Janeiro. She won 22 times on the LPGA Tour, Ladies European Tour and the Japan LPGA.

“I consider myself extremely lucky to see the Chinese flag raising on the international stage,” she wrote in thanking all the support she had along the way.

Feng went some 18 months without competing. She finished third in the China Open in late 2019, then sat out all of 2020 during the pandemic. She returned in early April 2021 for the first LPGA major of the year and tied for third.

Her final victory was the Thornberry Creek LPGA Classic in July 2019. Her final tournament was the Olympics outside Tokyo last summer, which had no spectators after a one-year postponement caused by the pandemic. Feng finished eighth.

“Due to the pandemic, I have never made an official farewell to people who support me on the golf course,” she wrote. She said she hopes to see her LPGA friends again in the future for what she described as “my last dance.”

In the meantime, Feng wants to slow down, focus on personal growth and give back by helping to develop more golf talent out of China.

“I have a dream that one day in future professional golf, we see more of us Chinese players,” she said. “The players and the resources together can help this sport tremendously grow, and create some future Chinese champions along the way.”