Should The Euro Ryder Cup Team Consider A Task Force? 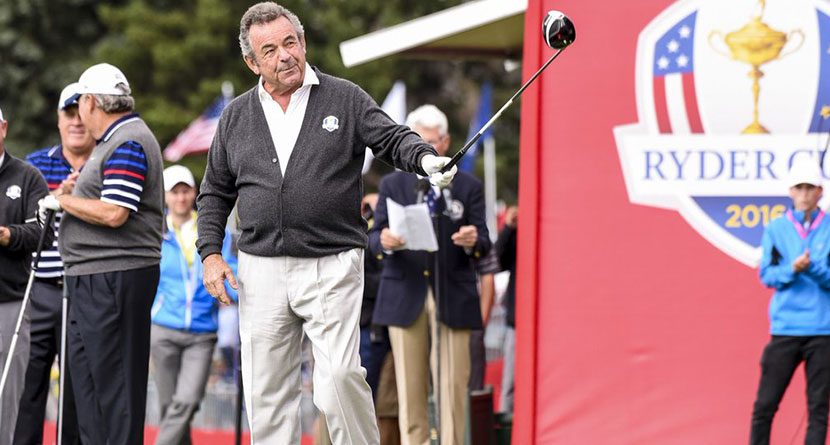 The European post-Ryder Cup press conference had, overall, a pretty light feel to it. Despite losing the biennial matches 17-11 and failing to retain the cup for the first time since 2008, the Euros were largely positive of the experience and chalked up the loss to being outplayed. A European Ryder Cup elder statesman, however, had a different view.

Tony Jacklin, widely considered to be the greatest Ryder Cup captain in Europe’s history, is credited with turning around Europe’s fortunes in the event, having claimed victory in 1985 at The Belfry and again in 1987 at Muirfield Village. To say his opinions on the Ryder Cup hold water would be an compliment to water.

So, when Jacklin spoke up following Europe’s defeat, rest assured his words won’t fall upon deaf ears. Tony Jimenez of Reuters had the interview.

“I don’t think Darren had the best team,” Jacklin told Reuters in an interview after holders Europe lost 17-11 to the United States at Hazeltine National on Sunday.

“The likes of Casey and Knox should have been in the team. Future captains need to have the 12 best players at their disposal — we need to look at the system.

“The European Tour should have rules that are conducive to being able to pick anybody born in Europe,” said Jacklin who was described by ESPN last week as the man who saved the Ryder Cup when interest was waning at the start of the 1980s.

“Having to be a member of the tour in the modern-day game is a bit confining.”

The 72-year-old Englishman believes the team should comprise eight automatic selections from the world rankings and European money list, with the captain having four wildcard choices rather than the existing three.

“You want good match players and it gives the captain options.

“You can’t afford to waste any places in the team. The Americans had a better side this time, no doubt about it.”

Don’t expect Europe to go the same route as the United States, enacting a “Ryder Cup Task Force,” but on the same token, don’t expect that Jacklin’s concerns won’t be considered at the next meeting of their committee in charge.