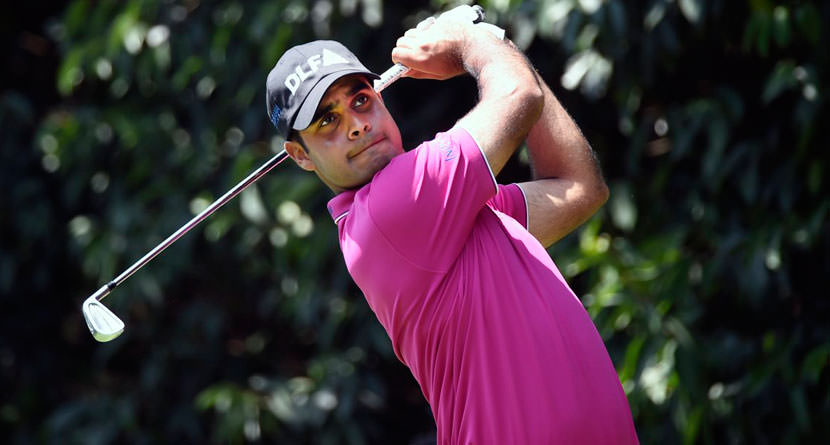 Shubhankar Sharma broke into the casual golfer’s consciousness this past week at the WGC-Mexico Championship where he led after 54-holes. But to hardcore golf fans, especially those in Europe, Sharma has been on their radar for a little while now.

However, from whichever side of the Atlantic you prefer your golf, you’re going to be seeing and hearing a lot more about Sharma in the next month as he has accepted an official invitation to compete in next month’s Masters Tournament.

GolfChannel.com had more on the exemption.

Shubhankar Sharma has accepted an invitation to play in the Masters, Augusta National chairman Fred Ridley announced on Tuesday.

The 21-year-old from India will be making his first Masters appearance, making him the fourth Indian player to compete in the tournament following Jeev Milkha Singh, Arjun Atwal and Anirban Lahiri.

I am deeply honoured to be found worthy of invitation by the Masters Committee. It’s a dream come true. My gratitude. https://t.co/0tRWIANFWG

This will mark the first major championship appearance of Sharma’s career.

“Golf is a global game, and throughout our history we have extended invitations to deserving international players not otherwise qualified,” Ridley said. “As his results have proven, Shubhankar Sharma is a remarkable young player, and we look forward to welcoming him to Augusta National in April.”

Sharma was ranked 462nd in the Official World Golf Ranking in December but has vaulted to 66th after winning the Joburg Open and the Maybank Championship in the past four months. Sharma was the 54-hole leader last week at the WGC-Mexico Championship but shot a final-round 74 and tied for ninth place, finishing six shots behind winner Phil Mickelson.

Winners of PGA Tour events that award full FedExCup points toward the Tour Championship and the top 50 in the world ranking the week prior to the Masters will become eligible for the tournament April 5-8.