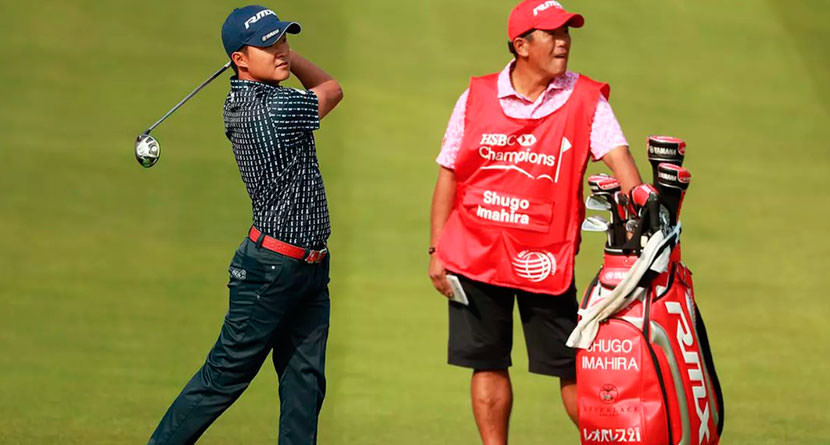 Misreading the tee sheet is better at some places more than at others.

The Old Course at St. Andrews, for instance, is a place you don’t want to misread your tee time because you may not get the chance to play the famous course. However, missing your third round tee time at the WGC HSBC Champions, like Shugo Imahira did, is one you can chalk up to not being that big of a deal

Why? Because once you’ve hit a shot at a World Golf Championship event, you’re guaranteed a hefty prize sum, even if it’s not official PGA Tour money, it spends all the same.

The perks of appearing at a World Golf Championships event go beyond the large purse and a chance to beat a highly-rated field.

There’s also the fact that there’s no cut.

For any players then, that means finishing 72 holes guarantees them official money, no matter what they shoot. And even if they can’t complete those 72, well that money won’t be official but they still get the cash.

Shugo Imahira encountered this situation Saturday. The Japanese player, who mainly competes in his home country on the Japan Golf Tour, was scheduled to embark on his third round at the WGC-HSBC Champions at 10:35 a.m. local time. But he didn’t show up.

Per Tour, Shugo Imahira DQ’d in China bc he had “mistakenly seen wrong starting time” & didn’t show up for R3. Still gets last-place $43K.

Golf Channel’s Will Gray confirmed via the PGA Tour that Imahira had been disqualified for missing his tee time. Imahira apparently had mistakenly seen a wrong starting time.

That’s a tough break, but Imahira won’t go away empty-handed. It may be unofficial money, but with his DQ, Imahira gets the last-place check of $43,000.