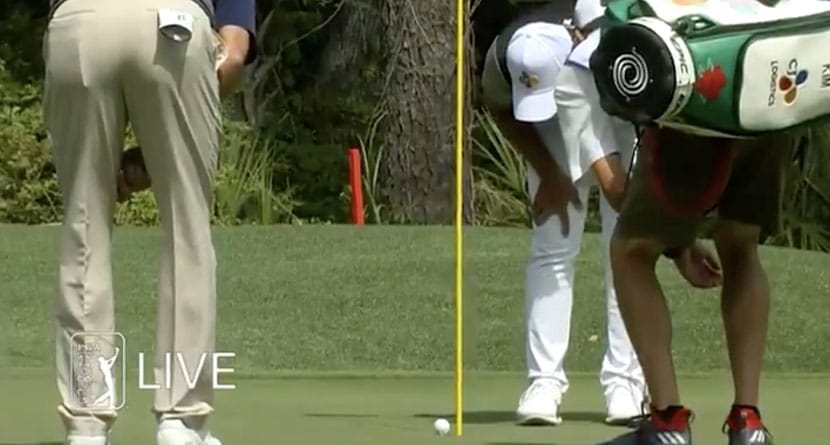 For the second consecutive week, Si Woo Kim was at the center of a rules controversy. However, this week at Harbour Town, he had the full voice of his peers at his defense.

A week after slamming his putter into the turf at Augusta National Golf Club, bending the shaft and rendering the club unusable under the Rules of Golf, Kim was again discussing the rules with his playing partners and PGA Tour rules officials at the RBC Heritage.

Playing his third round and putting from just off the back of the par-4 third hole’s green, Kim’s ball approached the hole and seemingly defied gravity by not dropping in for birdie. Well within his rights to take a reasonable time to approach the ball, Kim and playing partner Matt Kuchar bent over to see if the ball would fall in on its own.

Si Woo Kim’s birdie putt hung on the edge for over a minute. 😮

Per the rules, a stroke will be added and it will be counted as par since it took longer than 10 seconds to drop. pic.twitter.com/jU3ayv9Mu2

Under the Rules of Golf, once Kim reached his ball, he is allotted an additional 10 seconds for the ball to fall in. After that time has passed, Kim must play his next shot. As you can see in the video, much longer than 10 seconds elapsed between the time Kim reached the ball and when it fell into the hole, but according to Kim as well as Kuchar, the ball was still moving on the edge of the cup.

Kuchar was adamant that the ball was oscillating on the lip of the cup, even going so far as to tell PGA Tour rules official Stephen Cox that he told Kim not to touch the ball because it was moving.

Cox, equally as adamant, said that because of the time it took for the ball to fall into the cup, an additional stroke had to be added to Kim’s score, giving him a par on the hole.

The PGA Tour shared the video of the putt and subsequent conversation on their various social media accounts, which drew criticism from a few of Kim’s peers. 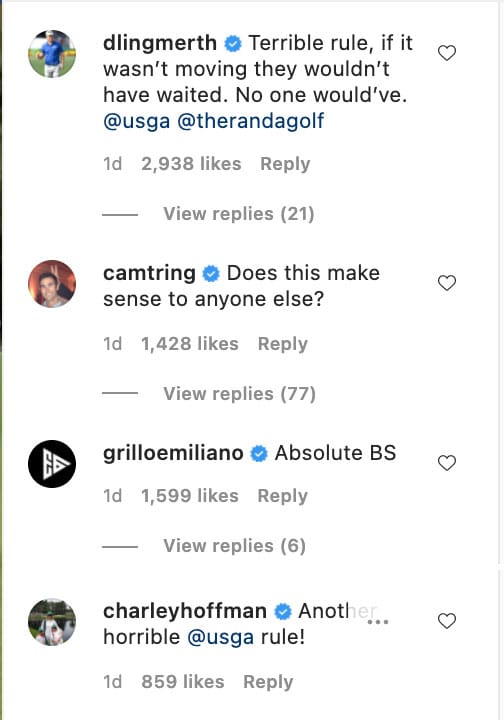 “Does this make sense to anyone else?” Cameron Tringale asked.

The basic question boils down to which rule trumps the other as hitting a moving ball is illegal, but so is waiting longer than 10 seconds for a ball hanging on the lip of a hole.