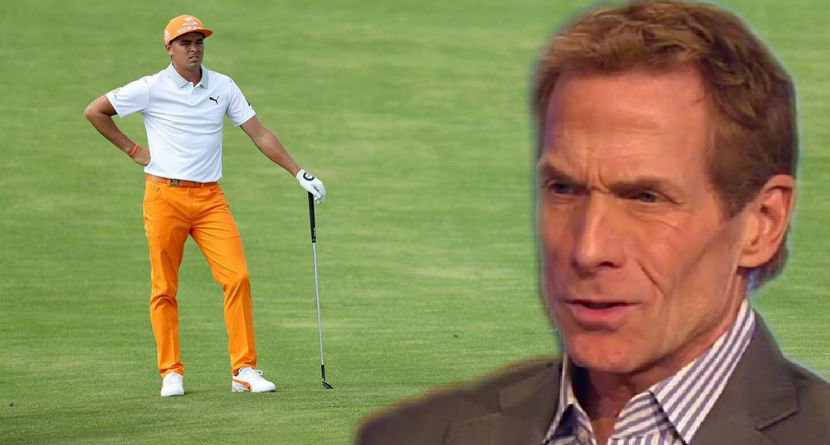 Rickie Fowler might not only be the best player to never win a major, he’s also arguably the most popular. The 28-year-old millennial has legions of fans both young and old and is known to interact with them frequently on social media. However, his coach Butch Harman began to see it as a problem and decided it was time to step in at the end of 2016.

“You need to reach down and grab your ears and get your head out of your you know what and get back to work, get your body in shape.”

After a strong showing at last week’s U.S. Open where he was in the mix but failed to convert on Sunday, Fowler was put on notice (on social media no less) by the Fox Sports’ Skip Bayless for having a “brand bigger than guts”:

Rickie Fowler’s coach Butch Harmon recently asked him if he wants to be a Instagramming Kardashian or a champion. I still wonder.

Despite his extreme popularity, I wonder if Rickie Fowler is made of tough enough stuff to win a major. Might on pure talent. But I wonder.

Rickie: top 5 in 4 majors in ’14 but never in contention down stretch. Today he shot +1 on back. Not a closer. Brand bigger than guts.

While Rickie hasn’t responded, but his fans have. Here’s a sampling…it only gets worse.