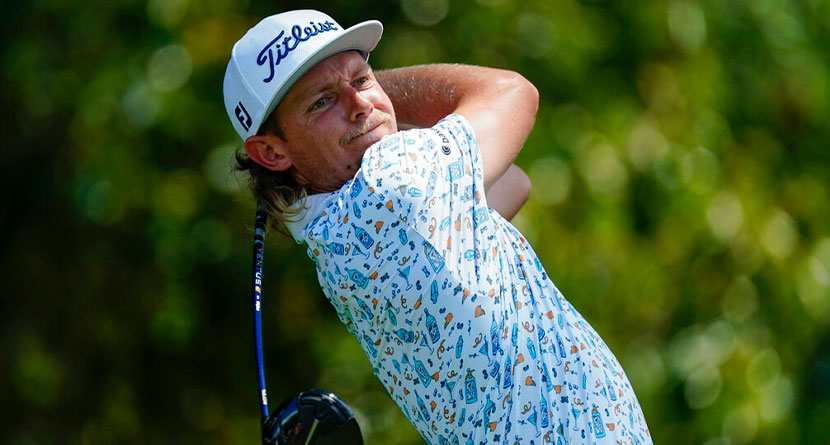 British Open champion Cameron Smith and Joaquin Niemann are among six players to leave the PGA Tour for Saudi-funded LIV Golf, which returns this week for a fourth tournament, this time outside of Boston.

The signing of Smith, who had been deflecting questions about his imminent departure since the day he won the claret jug, gives Greg Norman his first player from the top 10 in the world.

Smith, a 29-year-old from Australia, rose to No. 2 in the world ranking after winning at St. Andrews. He could have reached No. 1 with a victory at the start of the FedEx Cup playoffs. Now, that opportunity is gone. LIV Golf does not get ranking points, though it filed an application last month.

The PGA Tour is suspending members as soon as they put a ball in play at LIV Golf events.

Others to sign are Marc Leishman, a six-time PGA Tour winner from Australia who at age 38 has dropped out of the top 50 in the world, and three others who leave without ever having won on the PGA Tour — Americans Harold Varner III and Cameron Tringale and Anirban Lahiri of India.

Smith and Niemann, who is from Chile, were among the eight qualifiers for the International team at the Presidents Cup, which will be played in a month at Quail Hollow. Leishman and Lahiri previously have played in the matches.

Because the PGA Tour exclusively operates the Presidents Cup — unlike the Ryder Cup, which Europe operates on home soil — players who join LIV Golf are not eligible.

Niemann, 23, considered joining the rival league in February until Phil Mickelson’s disparaging comments about the Saudis and the PGA Tour stalled the launch of LIV Golf. Niemann then won the Genesis Invitational at Riviera and cited the competition and history as reasons he wanted to stay on the PGA Tour.

But all his best friends in golf have joined the rival series — Carlos Ortiz and Abraham Ancer of Mexico, Sergio Garcia of Spain — and they often shared a house and brought in their own chef for the week. His manager, Carlos Rodriguez of GSE Worldwide, said Niemann still had not signed a LIV Golf deal when he flew to Boston on Monday.

Along with winning the British Open for his first major, Smith won The Players Championship in March by one shot over Lahiri. Paul Casey was two shots behind, and now all three players have joined LIV Golf.

Along with big signing bonuses — The Daily Telegraph reported $150 million for Smith — players complete for $25 million in prize money at each of the LIV Golf Invitational events.

The Boston event is at The International, which about 45 minutes west of Boston. LIV Golf takes off next week because of the European tour flagship event at Wentworth in England, and then returns Sept. 16-18 to the Chicago suburbs.