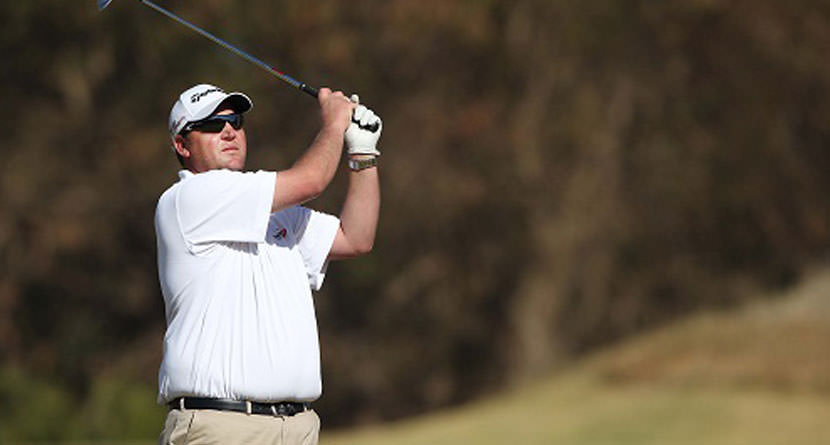 Performance enhancing drugs and golf have had a pretty mundane connection for many years. However, as the money in the game continues to grow, the expectation that players will do anything necessary to get ahead has started to be proven true.

The latest example is Etienne Bond, a South African golfer playing on the Big Easy Tour. Bond was popped earlier this week for a failed drug test, resulting in a year-long suspension handed down by the Tour.

GolfChannel.com had more details on the suspension.

The Sunshine Tour has suspended a player for one year for failing a drug test, according to a report from Sport 24.

Etienne Bond, who primarily played the developmental Big Easy Tour in South Africa, failed a urine sample test for the use of Carvedilol. The drug is listed as a beta blocker and prohibited by the World Anti-Doping Agency.

WebMD says Carvedilol is used to treat high blood pressure and heart failure, and is often prescribed after heart attacks.

Bond did not have an exemption allowing him to use the drug. Beta blockers can be used by athletes to calm nerves and better handle pressure situations. After admitting use, he was suspended for 12 months, disqualified from 2017 events and removed from the Big Easy Tour’s Order of Merit.

Other notable anti-doping suspensions in the sport include Scott Stallings and Doug Barron on the PGA Tour.