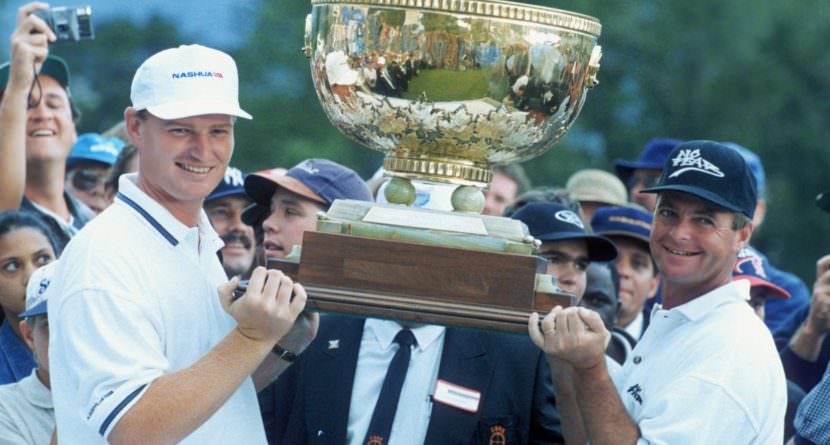 Tragic news out of South Africa made the rounds on Wednesday after reports came in of a former golf pro committing suicide. Wayne Westner, who used to play on the European and Sunshine tours in the 1980s and 90s, allegedly held his wife hostage at gun point before ultimately pulling the trigger on himself.

Police confirmed that Westner‚ 55‚ died due to a gunshot wound to the right side of his head on Wednesday. Officers said it appeared that the couple were separated.

According to Lieutenant Colonel Thulani Zwane, “An inquest was opened after a man allegedly shot himself in front of his wife at Pennington area today.”

“Wayne Brett Westner died in a shooting incident at the Gwala Gwala Estate in Rahle Road‚ Pennington at about 8am. His body was removed to the KZN Medico-Legal Mortuary in Park Rynie for a post mortem examination.”

Zwane said it was speculated that his wife was in the process of relocating to Johannesburg when Westner arrived at the estate and forced his way in. He said Westner was armed with a handgun and allegedly shot himself through the head in front of his wife.

Westner won over a dozen professional events, including the 1988 and 1991 South African Opens. At one point, he climbed to 40th in the world rankings. Westner was probably best known for his 1996 Word Cup of Golf win where he teamed up with Ernie Els to bring home the title.

Els took to Twitter to mourn the loss of a friend: